Appeal for a strong Resolution on Empowering European Youth: Don’t go back on earlier ambition 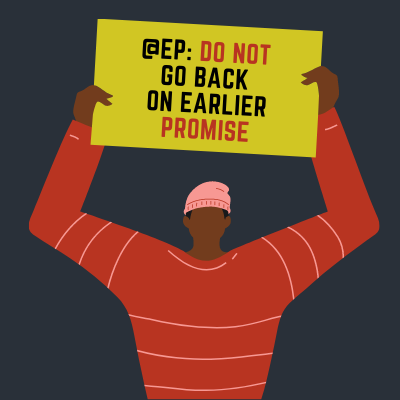 Dear Members of the Employment and Social Affairs Committee,

With this letter, we would like to address you ahead of the EMPL Committee vote on the Resolution on Empowering European Youth : post-pandemic employment and social recovery.

Europe is fighting another round of deadly pandemic while the consequences of the previous waves are taking a high toll on our citizens. The inflation paired with the slow (if any) increase in wages is driving social inequalities to extremes.

Young people have already been identified as those who suffer unprecedented consequences in the form of skyrocketing unemployment and precarious work and therefore we have welcomed the initiative of the Employment and Social Affairs Committee to put forward a resolution that would address the concrete steps that can improve the lives of young people and young workers in Europe.

The credibility of the European Institutions to lead Europe out of the crisis is on the line and for this reason, we believe that the resolution must be ambitious and cannot scale down on previous demands.

Last December, the European Parliament approved with a large majority the resolution A strong social Europe for Just Transition where it calls on the Commission ‘’to put forward a legal framework for an effective and enforceable ban on such unpaid internships, traineeships and apprenticeships”.

This is an important step that would effectively help young people to enter the labour market and limit their risk of precarity. One year later, this demand cannot be weakened. On the contrary, we need swift action and a legislative framework that will end the bad practice of unpaid work and deliver binding quality standards.

We therefore use this occasion to ask you to maintain the adequately strong wording that was proposed in compromises 6 and 9 by the rapporteur, and to oppose any attempts to water down the text of the compromises. Young workers deserve quality jobs and decent wages.

The ban on unpaid internships is one of the long-overdue promises on which now, also with the impetus from the European Year of Youth, we have a chance to deliver.

We remain available for any further clarifications.