Why do standards matter? 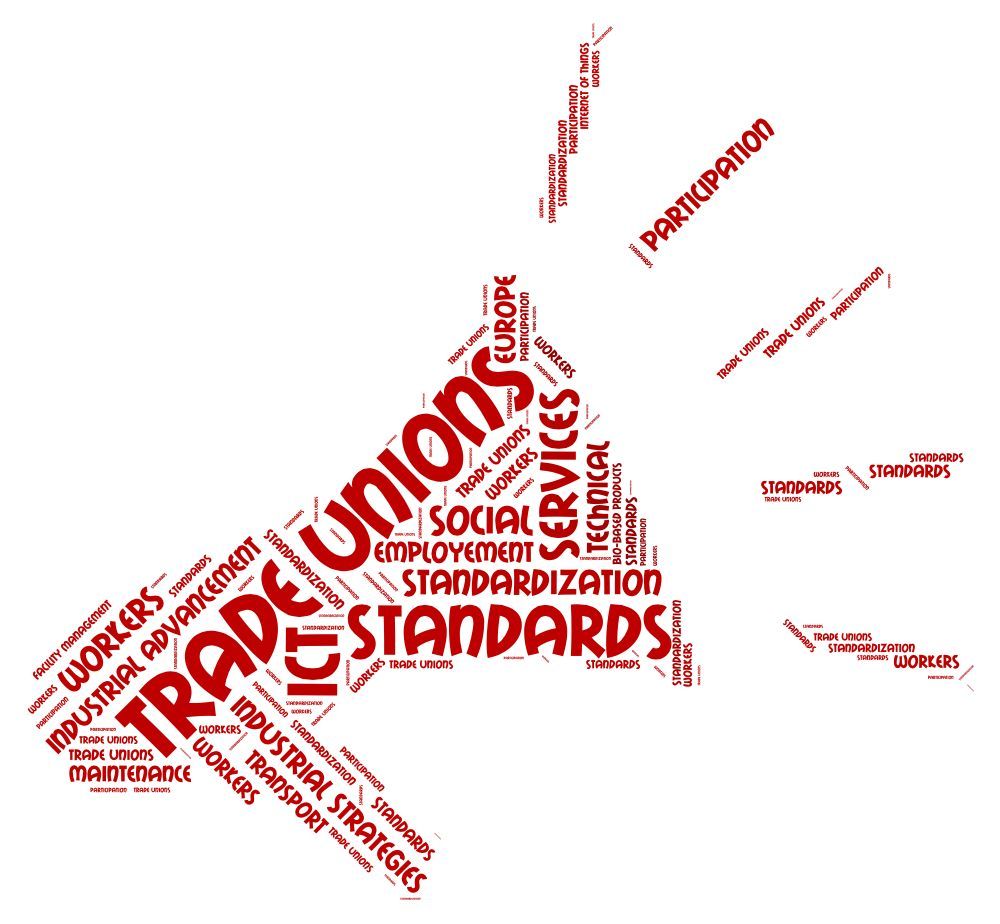 The following points highlight the growing political significance of European and international standardisation. They provide background information on the world of standards as well as the main rationale for trade union action in standardisation.

The extending scope of European and international standards, their role in framing market competition and industrial strategies as well as the devolution of power to standard-setting bodies provide a strong rationale to strengthen trade union action in standardisation.

While standards are usually invisible, they are ubiquitous. More than 2 decades ago, the OECD has estimated that “up to 80% of trade (equivalent to around $4 trillion annually) is affected by standards or associated technical regulations”[1]. .

Traditionally, standards have been written for industry and by industry. But over the last decades, we have seen our economy move away, from an industry-based one, to a service-based economy (e.g. servitisation of products). Also, standardisation bodies have adopted to this changing economy and now draft standards on Social Responsibility (ISO 26000), management systems (ISO 9001, 45001), services, digitalisation, etc. These are all new standardisation fields in which, contrary to the past, worker’s issues appear. As such, the significance of international and European standards not only pertains to their growing share in the economy, but also to their impact upon the organisation of production and working conditions!

The dominance of services constitutes one of the most striking aspects of the way in which the world economy has changed in recent decades. In Europe, services account nowadays for over 70% of the GDP and an almost equal share of its employment. This move is largely supported by the advancement of information technologies as well as by the emergence of an institutional environment enabling the internationalisation of services. The application of the General Agreement on Trade in Services (GATS) in 1995, the negotiations underway at the World Trade Organisation (WTO) and the adoption in 2006 of a new EU directive (2006/123/EC) on services in the internal market are some of the key milestones in intergovernmental support of the internationalisation of services. Likewise, the development of cross-border services provisions in Europe rely on a number of non-state driven arrangements, including standardisation.

At the European level, in 1985, Council Resolution 85/C 136/01 on a ‘new approach’ to technical harmonisation and standardisation instigated a new regulatory technique by providing a framework for the harmonisation of EU public law only for the general and essential requirements of goods traded on the European market, particularly in the fields of health and safety, environment and consumer protection. The elaboration of these standards are delegated to private organisations, i.e. the European Standardisation Organisations (ESOs). More recently, the adoption of the Regulation 1025/2012 on European Standardisation revising the new approach lead to its extension to the field of services while also recognizing the importance of an effective participation of the “European stakeholder organisations” representing societal interests in the European standardisation process, such as trade unions.

The relevance of technical specifications for workers also encroach upon wider market competition and industrial strategies. Standards are increasingly used as quality marking instruments enabling products/services differentiation on the market according to quality rather than pricing. As such, taking part in standardisation activities provides a mean to define general and/or sectorial market referentials framing relevant dimensions on which market competition takes place - and thus also framing the competitiveness of entire economic sectors. Standardisation may help to foster a competitiveness agenda focusing on quality rather than price and thus promoting the high quality and advanced know-how of European businesses and work forces. Moreover, technical specifications are an important industrial strategic tool. By defining the properties and/or production processes of products and services, standardisation processes affect the added-value creation process. They may contribute to shift the added-value creation along transnational production chains that will in turn impact the localisation of employment and of job creation. The participation in standardisation is thus enabling trade unions to have a better grip on the location and shift of value creation processes and underlying consequences for workers.

The growing political significance of European and international standards reinforces enduring questions about their legitimacy: who decides  the content of standards and their drafting rules? What can/should be standardised and not? What are the mechanisms ensuring standards can contribute to create some order in ruling market practices?

Even though national trade unions have been occasionally involved in the standard setting process, it is widely acknowledged that most national and European standardisation organisations are characterized by an important democratic deficit. While conventional explanations emphasise the lack of time, expertise and resources of trade unions and societal stakeholders to effectively participate in standard-setting activities, more fine-tuned understanding of their under-representation include difficult access to standardisation activities, complexity of standard-setting procedures as well as the risk of legitimizing forms of private regulation failing to ensure a democratic decision-making process. As such, while the ETUC STAND project is aimed at sustaining the voice of trade unions in European standardisation, it will also provide a new opportunity to reflect on trade unions position and strategy regarding the role of European and international standardisation in the contemporary regulatory framework.

For decades and almost unnoticed by the general public and politicians, technical standards have been a driving engine behind globalisation. Technical standard setting is – even though often very underrated – one dimension of the EU’s strategy to shape globalisation. Until now, a common practice used by the EU Member States has been to push forward the implementation of European standards, internationally, through their engagement in, for example, the International Standardisation Organisation (ISO) and the International Electrotechnical Commission (IEC).

In recent years, international technical standards run the risk of turning into a core subject of “great power competition”, from emerging technological fields such as 5G ( Huawei versus US authorities), Artificial Intelligence (AI), the Internet of Things (IoT)