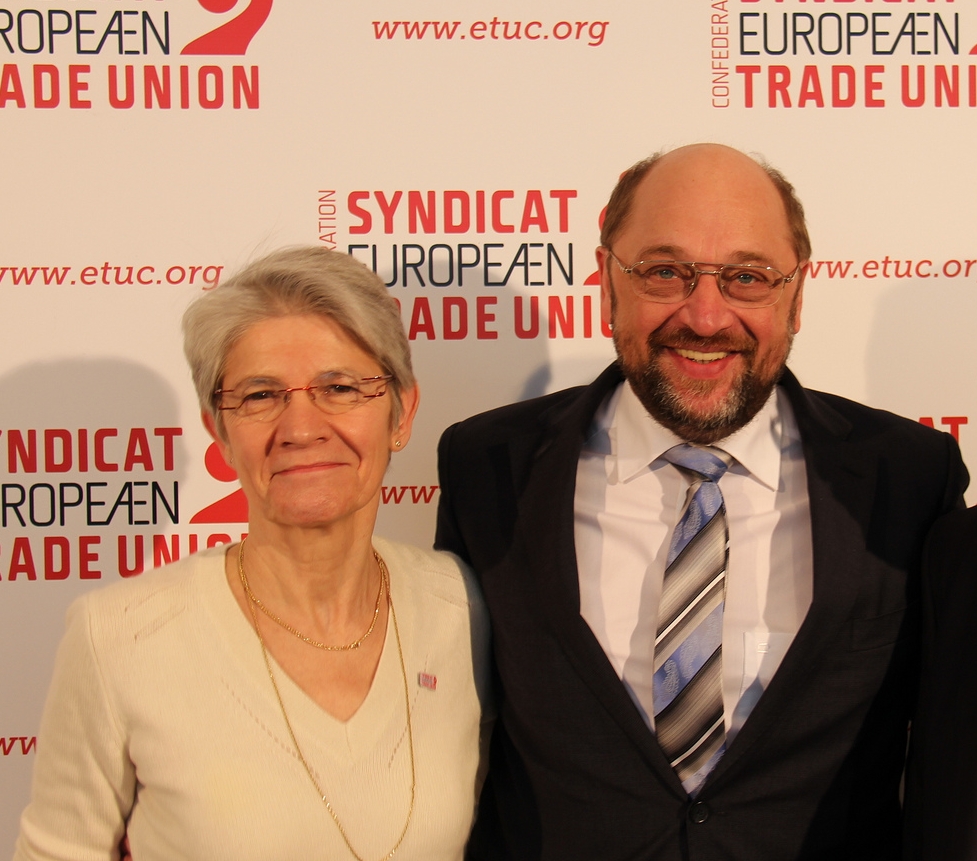 The upcoming European elections in May will be different this time, and Europe's policies must change too in favour of a stronger economy and more focussed investment geared to social progress, argue Martin Schulz and Bernadette Ségol.

We must improve social justice and workers' rights, the democratic accountability of the EU and combat youth unemployment.

People are increasingly losing faith in the ability and the willingness of democratic institutions to take action. Austerity is suffocating many euro- zone countries. Urgent measures are needed to give oxygen to the economy and bring back hope to people: measures that the European parliament and the European trade union confederation have been calling for since the beginning of the crisis.

At the start of the crisis a promise was made and we were told that finance would be back under control to serve the real economy. This promise has not been fulfilled.

Ordinary people have borne the costs of the crisis, while much still needs to be done to re-regulate the financial sector. Our citizens are still supporting the banks and providing guarantees to nations in difficulty.

In many EU countries people have been forced to accept drastic pay and pension cuts, workers' rights have been attacked and unemployment has reached unbearable levels. Inequalities and precarious work have increased.

We want to stop decisions that affect everyone being taken behind closed doors without transparency and democratic accountability. Decisions must be taken in the interest of all and must adhere to a rights based approach.

The Troika should be dramatically restructured, with a central role to be played by democratically elected institutions. This has been requested from the start by the European parliament.

Our aims are to return to sound public accounts through an investment plan for sustainable growth. A comprehensive programme to bolster growth by smart investment in infrastructure, innovation and education is the best basis to achieve the sustainability of public finances. If we had hundreds of billions of euros to bail out banks, then we should be able to find funds for that.

The success of economic reform depends on hope and on confidence that those efforts and their potential benefits are fairly distributed. Social dialogue is indispensable to secure fairness. A growth-boosting package would give hope to people who are losing their jobs and are being thrown into poverty.

Much more has to be done on tackling youth unemployment. This is a top priority. The European institutions have adopted and must properly implement the youth guarantee which ensures that all young people under 25 – whether registered with employment services or not – get a good-quality, concrete offer within four months of leaving formal education or becoming unemployed. However that alone will not be enough.

To bolster confidence we also need to break the dangerous cycle where the banks are not lending to SMEs but rather choosing to park their money with, or to finance, new speculative activities. That could be done through a fully-fledged banking union.

Europe will be stronger over the next five years if it can support the right policies for sustainable strong recovery with more and better jobs and with popular democratic support. Europeans, go and vote.

Martin Schulz is president of the European parliament

05.02.2014
Discours
In Economic and Social crisis, European elections, Trade Union rights, Speeches
We must improve social justice and workers' rights, the democratic accountability of the EU and combat youth unemployment.

Europe will be stronger over the next five years if it can support the right policies for sustainable strong recovery with more and better jobs and with popular democratic support. Europeans, go and vote.
Imprimer