Refugees and asylum-seekers have the right to respect, dignity and fair treatment. The ETUC has demanded that the EU live up to its international obligation to protect refugees, and to save those who risk their lives attempting to reach European shores. All Member State governments should contribute to their humane resettlement and integration into the workforce and society.

The ETUC combats the populist narrative that portrays refugees and asylum-seekers as a threat to jobs and communities in Europe, and highlights their potential contribution in the context of Europe’s ageing population. 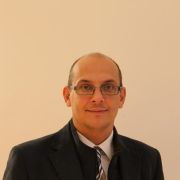