They underlined trade union support for a humanitarian and European response to the many men, women and children seeking shelter from conflict in the EU.

In particular, the leaders highlighted European trade unions' call for the EU and its Member States to

ETUC General Secretary Luca Visentini, speaking in Rome, said: “Refugees must be hosted, resettled and relocated in genuine cooperation between all EU Member States. EU countries cannot just close their doors and leave others to cope.

“This humanitarian crisis requires a humanitarian response. It is precisely at a moment like this that the European Union should show its value, not dismantle achievements like Schengen free movement. It is shameful that governments of the richest region in the world want to leave it to Turkey, Lebanon and Jordan to receive far greater numbers of refugees than the EU.”

Trade union leaders also requested a meeting with Italian Prime Minister Matteo Renzi to discuss the refugee situation and the EU’s response, in light of the Migration Compact proposed by Italy to the European Commission and Council. The ETUC deeply regrets the Italian government's failure to respond positively to this invitation. 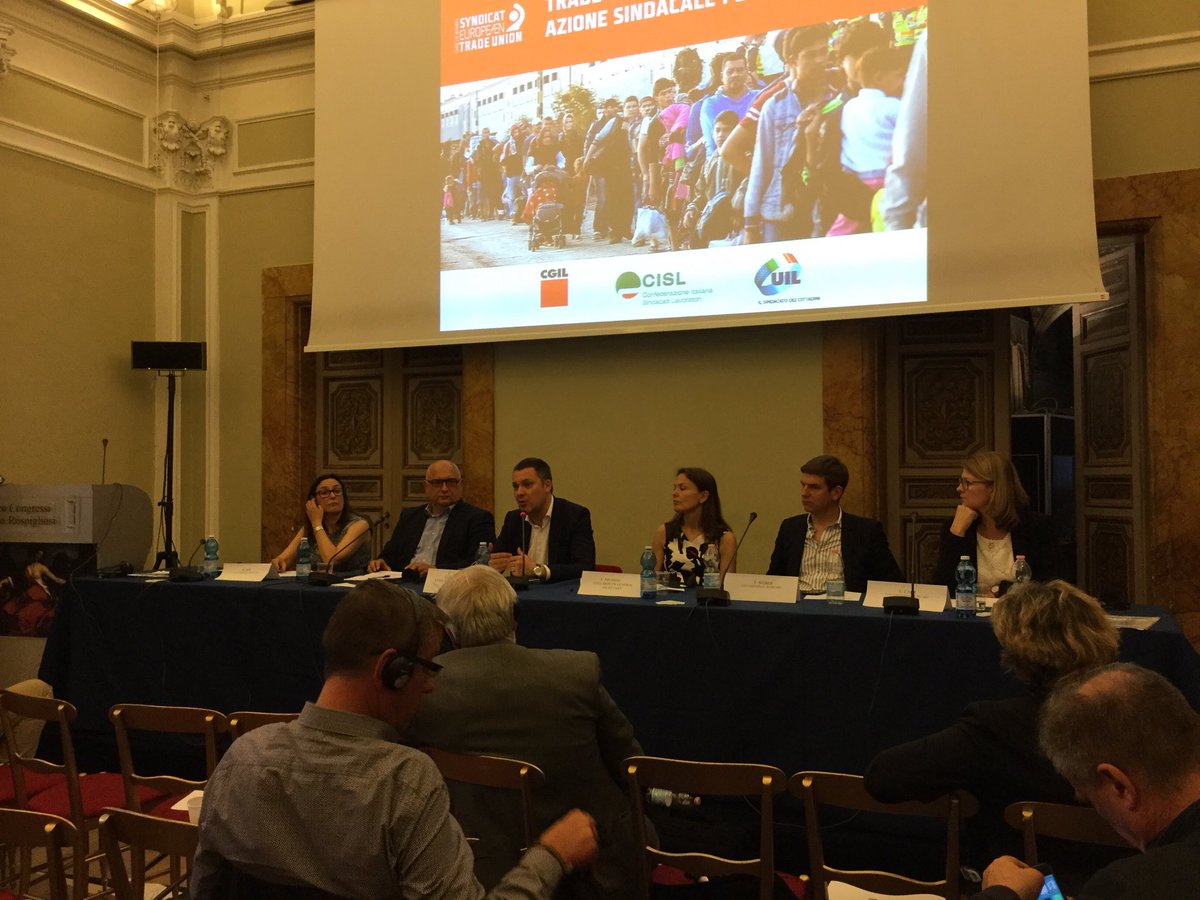