The yellow hand calls a halt to discrimination 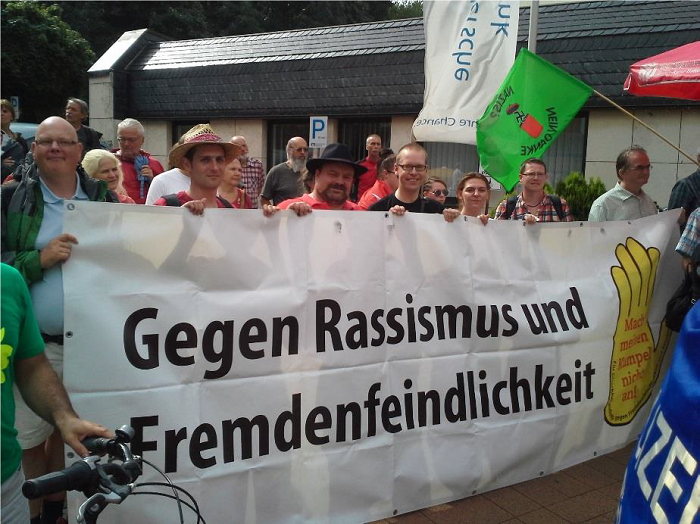 In Germany, trade unions have taken a stand against the growth of the far-right.

Although so-called ‘populist’ parties have tried to woo working people, after the riots in Chemnitz in the summer the DGB union highlighted its opposition to extremism through the slogan #wirsindmehr: ‘we are more’, and posting pro-diversity and anti-racist materials on Facebook.

Trade unions are by definition multi-ethnic: more than half the members of Germany’s biggest union, IGMetall, come from a migrant background. Mach meinen Kumpel nicht an (‘Don’t touch my pal’) is the slogan of the successful  ‘yellow hand’ campaign, which holds an annual competition to encourage innovative ideas. Kumpelverein – an organisation of young German trade unionists – produced a video explaining the threat of racism, and the campaign has continued with workshops, publications, posters and demonstrations in different cities, aimed at sending a strong signal to unions throughout Europe to stand together and fight racism and right-wing extremism. Among the materials to help trade unionists promote integration in the workplace is a manual on Protecting refugees – how to help refugees in work life published by the local DGB in North-Rhine Westphalia.