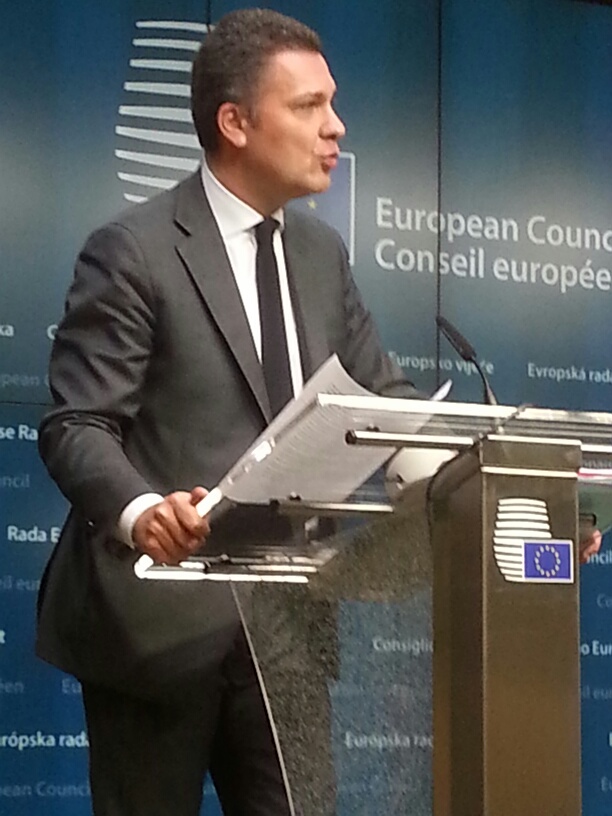 First of all let me tell you that the ETUC fully supports the European Commission’s initiatives to address the refugee emergency in Europe.

Decisions by qualified majority on the 22nd of September addressed the paralysis, which seemed to have seized the EU. Governments and the EU institutions must restore a spirit of mutual trust to tackle the internal and external dimensions of the refugee crisis.

The refugees of today will be an asset to Europe’s economy and society in the future. Recognition of their competences will improve employability, and equal treatment will avoid labour market distortions.

Europe needs refugees and migrants, to fill the demographic gap we face and to support growth and competitiveness in Europe. Migrants contribute more to our social systems than they take out of them in terms of services. If we avoid misleading propaganda and stick to the reality, we can manage the current emergency and take advantage of shared benefits.

We encourage the Commission to launch a structured dialogue on migration policies, as envisaged in the EU Agenda on Migration. We are very active and will continue to deliver concrete action on the ground to help refugees and migrants integrate into the labour market.

We are very worried about growing xenophobia in Europe against migrants and mobile EU workers, aggravated by some governments, and undermining the right to free movement.

We can consider action to tackle abuses, but such abuses are very rarely caused by workers and their families. We want to discuss clearer proposals for the Mobility Package, and reaffirm we will never accept reducing workers’ rights or the principle of full equal treatment.

Turning to the wider EU economy, we agree that signs of recovery are visible in some member states, but rarely accompanied by quality job creation.

A change in European macroeconomic policy is more necessary than ever, and should be based on boosting investment, productivity and internal demand.

The ETUC welcomes President Juncker’s investment plan, even if it is not enough. Close monitoring is needed of delivery on priorities and objectives, particularly quality job creation.

We encourage the Commission to step up its efforts, and ask Vice President Katainen to continue the positive dialogue started a few months ago on projects and ways to involve social partners, notably at national level.

Internal demand is an engine for growth and competitiveness. Most European products go to European consumers, so without more purchasing power we cannot beat deflation.

Negotiated wage increases are key, and can only be achieved through strong and autonomous collective bargaining.

All evidences show that countries with well-functioning industrial relations systems are more productive and competitive.  Autonomous negotiations between social partners are the only way to achieve fair wages and working conditions, to improve skills and company and worker performance, and to align wages with the macroeconomic needs of the economy.

Internal wage devaluation and decentralisation of bargaining didn’t work; we need to boost social partners’ capacity to negotiate effectively in all countries. We are first committed to autonomously boost such capacity; and then the Commission should support this process. President Juncker’s statements at our Congress 2 weeks ago were encouraging in this respect.

Minimum wages have to complement collective bargaining, and must be negotiated with social partners, not imposed by public authorities. The ETUC has proposals for, and wants to participate in, EU discussions on setting standards on minimum wages.

EU competitiveness cannot be based solely on labour costs and cheap labour. Other factors, including investment, quality, innovation, skills and productivity have to be considered.

Social and wage dumping creates unfair competition between companies and economies. We all together need to establish a clear definition of equal treatment, which is key to strengthening social Europe.

It’s not a matter of setting wages or interfering in social partners’ autonomy. This stays with collective bargaining. It’s about avoiding internal competition and imbalances in the EU, and ensuring social justice and cohesion.

We are alarmed by the idea in the five presidents’ report of setting up a euro-wide system of ‘Competitive Authorities’. With social partners expected to respect the wage guidelines issued by these authorities, the proposal infringes the autonomy of social partners and the right to free collective bargaining,

Instead we want to discuss the new social pillar of the EU, to clarify what it’s about.

It should include industrial relations and equal treatment, fighting precariousness, establishing common standards for minimum income schemes and unemployment benefits, and strengthening education and training for employability. It should respect ILO conventions too.

We would like to make sure that convergence improves working conditions and social protection, without bringing down the higher standards in some countries.

Finally, we should start dialogue on other controversial but crucial topics, like tax coordination and digitalisation.

All this requires better coordination of EU and national policies, as well as more effective involvement of social partners.

We are not satisfied how this has worked so far. Bilateral social dialogue has been weakened by economic governance, and our involvement in new institutional processes is still fragmented, inconsistent, and not fully productive.

In this respect, the 5 Presidents’ report is interesting and challenging at the same time. It must improve institutional dialogue, not impose new rules and constraints.

We need to understand what practical steps we can all take together to improve social dialogue, starting with traditional bilateral dialogue.

It should remain autonomous and achieve concrete results. We welcome the relaunch of social dialogue by the Commission and are committed to implement our recently adopted work programme, and to create a link to EC programmes.

For tripartite dialogue and our involvement in economic governance, there is much to do to ensure we are not only consulted and informed, but also can make a difference.

We need to try new paths and tools at both EU and national level. We as trade unions are already improving our internal coordination, but we need new signals from your institutional side.

For example, inviting us to attend the afternoon opening session of the Council would be a great opportunity for social partners to address relevant messages to prime ministers. We are in favour of meetings in advance of the TSS, to make social partners’ contribution more productive and, if possible, to agree tripartite declarations on topics of common interest, to be endorsed in the TSS and delivered to the Council.

In view of this, President Juncker’s suggestion to bring forward the Tripartite Summit could be considered. Our common aim should be to reshape the TSS format to make our message more targeted and really influential. President Tusk agreed on this in the preparatory discussion we had ahead of this meeting,

We have witnessed increasing renationalisation of European policies in recent years, with most economic governance decisions taken at intergovernmental level.

We don’t see this as positive, but that’s the reality. And we want to participate in it.

Bipartite and tripartite dialogue is not taking place in a large majority of countries, so we think that the Commission should urge member states to fully involve social partners in the Semester process, but it’s also our responsibility to put pressure on governments, and we will do it.

And we would like to introduce the same kind of cooperation with Eurogroup, allowing social partners to be involved in discussions with financial and labour ministers in the framework of the European Monetary Union.

There is no other way to make the social dimension of EMU become real.

To bring a relevant example, we paid close attention to what happened last summer on Greece.

We believe the agreement won’t work, and Europe has made another big mistake. But we would have wanted to be part of the process, instead of being completely out of the game.

We are in touch with the Greek SP and government to make sure that industrial relations and workers’ rights are not damaged again.

We are closely monitoring attacks on social rights and protections in other countries, like the UK, Finland, Spain, or Italy.

We will be more and more active in national situations, working with our members in all countries and sectors to support and coordinate action.

We would like to be encouraged and supported by all EU institutions in this, because our participation is the only way to build social Europe together.