“Today’s forecast is a vindication of Europe’s progressive response to the economic and social consequences of the pandemic.

“Unprecedented levels of public investment are returning growth to Europe’s economy and preventing mass unemployment, which is in stark contrast to the decade-long fallout from the austerity measures taken following the last crisis.

“However, with unemployment levels not set to recover until next year, it’s clear that job-support measures must be kept in place until the recovery has fully taken hold, especially in the hardest hit sectors. It’s also important that the escape clause from the Stability and Growth Pact remains in place to ensure the public investment driving the recovery isn’t cut off.

“The success of this investment-led recovery shows the need for a permanent rethink of Europe’s economic policies based on debt controls which have put a straightjacket on growth. Public investment needs to continue to create the number of quality jobs needed to have socially just transitions to a green and digital economy. That’s entirely feasible given public debt to GDP ratio is expected to fall next year.

“Although positive, the uncertainly around this forecast remains high so a sudden withdrawal of fiscal support and accommodative monetary policies from the ECB would be disastrous for the recovery. Europe must stay on the path that’s delivering rising economic growth and lowering unemployment.” 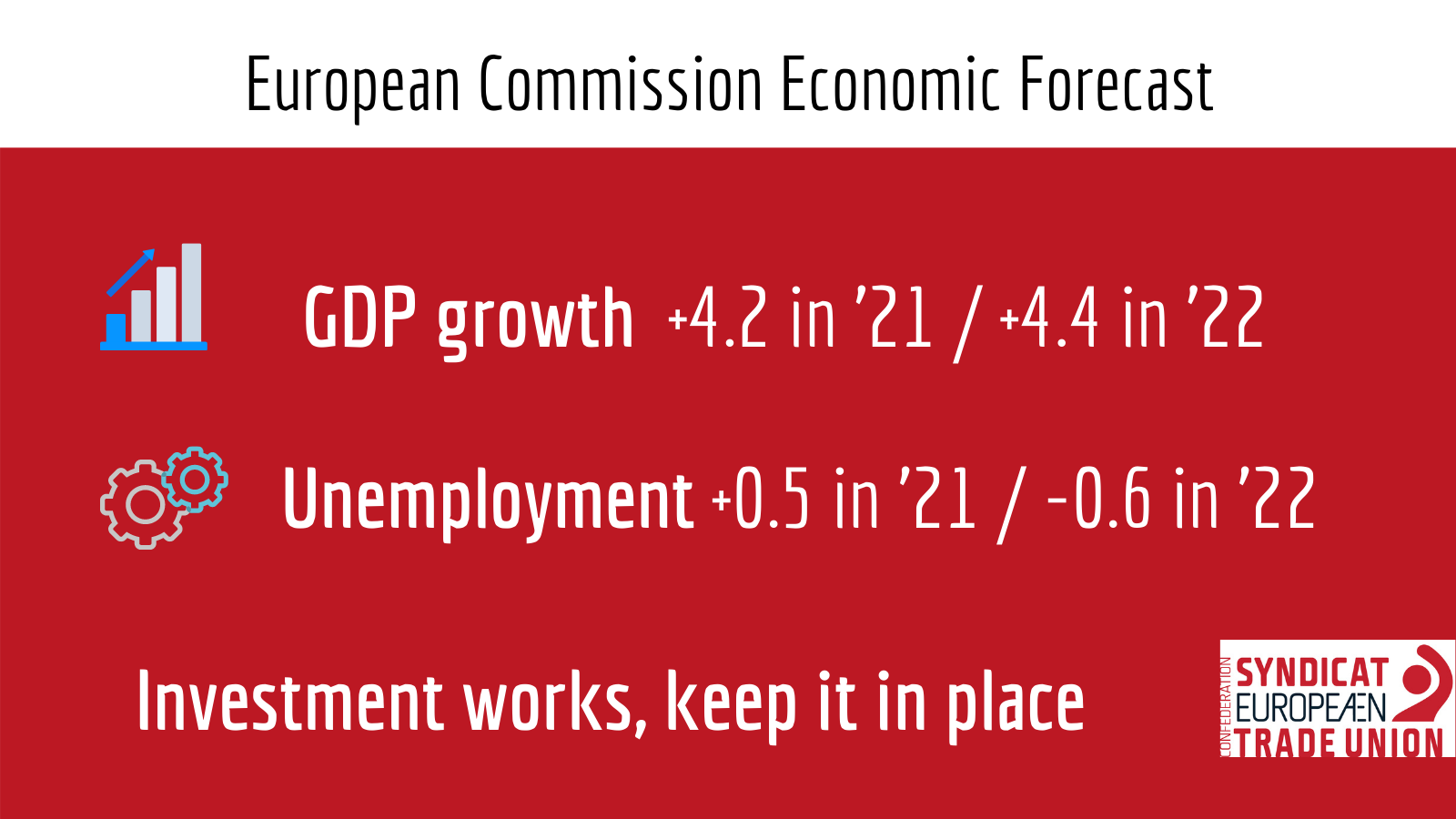