Porto: EU leaders commit to fair wages and tackling poverty - and to look beyond GDP

Commenting on the overall conclusions of the informal meeting of the Heads of State /Government, in which they

“This is an important result and could be the beginning of a fairer Europe. But managing much-needed green and digital change needs far more than increased skills training. To avoid creating employment black holes across Europe there needs to be massive investment  in creating quality jobs and new industries. And this needs to be done through dialogue between government, employers, unions and civil society.”

European leaders also agreed today to look beyond GDP as the only measure of economic success and move to an approach which prioritises peoples’ welfare. Trade unions and employers’ organisations have agreed a set of 14 measures on social, economic and environmental well-being designed to complement GDP. That will provide a better representation of a countries’ economic performance and how it relates to the well-being of its citizens.

The conclusions of the informal meeting of Heads of Government/State at the EU Social Summit in Porto today state:
“We welcome, as another success of European social dialogue, that the European Social Partners have made a joint proposal for an alternative set of indicators to measure economic, social and environmental progress, supplementing GDP as welfare measure for inclusive and sustainable growth.”

Commenting on the inclusion of the measures in the Council’s conclusions, Liina Carr ETUC Confederal Secretary said:
“The GDP of a country is a poor indicator of the well being of citizens as we know wealth often doesn’t trickle down. In two thirds of EU member states, workers are receiving a smaller share of their country’s GDP than they were at the beginning of the decade. A new way of measuring economic wellbeing which puts people before profit has been long overdue. The agreement of EU leaders on moving beyond GDP is an important step towards creating the vision of a social Europe set out in Porto.” 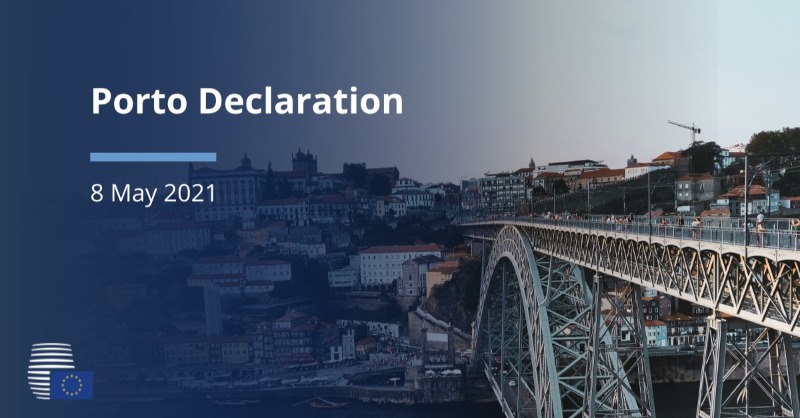