“The time for a socially fairer Europe has come. This action plan could make it a reality.

“The need for a more social Europe has never been stronger. The Covid crisis has exposed the problems with a Europe built on insecure work, low wages and badly funded public services.

“The Commission has learned the right lessons from the crisis and, if implemented by member states, the proposals in the action plan would steadily raise economic and social standards across Europe.

“Trade unions have been pushing for an action plan to implement the European Pillar of Social Rights ever since it was adopted four years ago. The publication of the Action Plan is welcome and much-needed.”

“The Action Plan contains most of the measures and tools we were expecting, including ambitious targets on employment, skills and gender, and fundamental legislative initiatives, which we strongly support. However, stronger proposals are needed to prevent all forms of precarious work, for common EU standards on social security as well as a commitment to continuing emergency support for jobs and wages until a real recovery has begun.

"The lack of a strong legislative initiative on Minimum income and a proposal on permanent reinsurance scheme to support employment is very disappointing, and we ask the Commission to keep the discussion on these elements open to find more effective solutions. Also there is no initiative on information, consultation and participation of workers or on European Works Councils.

"When it comes to an initiative on strengthening Social Dialogue the proposal on a new award for innovative social dialogue practices is puzzling."

“88% of Europeans say “social Europe” is important to them and the reality of the pillar must live up to their expectations.”

On the proposed Council Recommendation (‘Effective Active Support to Employment’ -  ‘EASE’),  ETUC believes that supporting job creation and improving employment services to help people find work is useful, even if a recommendation  is a rather weak instrument and far from guaranteed to achieve big improvements in job prospects. 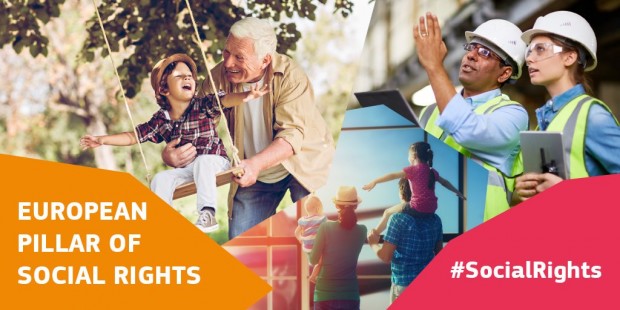