“He said many good things about the need to build a strong and united Europe, on the need to open legal pathways for migrants to enter the EU,  on reopening borders within the EU, on the need to protect democracy and the rule of law,  but he does not seem to fully understand that working people are fed up with low wage jobs, with declining public services, and the daily struggle to make ends meet.

“Working people have had enough of social injustice and inequality and want the EU to do far more than talk up a recovery that has failed to reach many. The EU needs to at the very least to implement the Pillar of Social Rights that it adopted last November.” 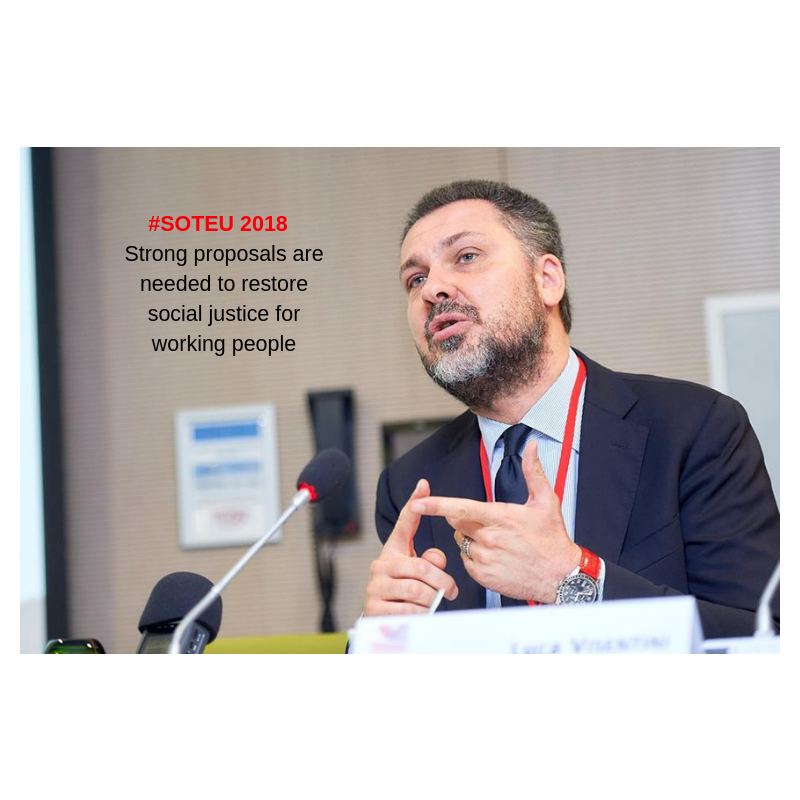