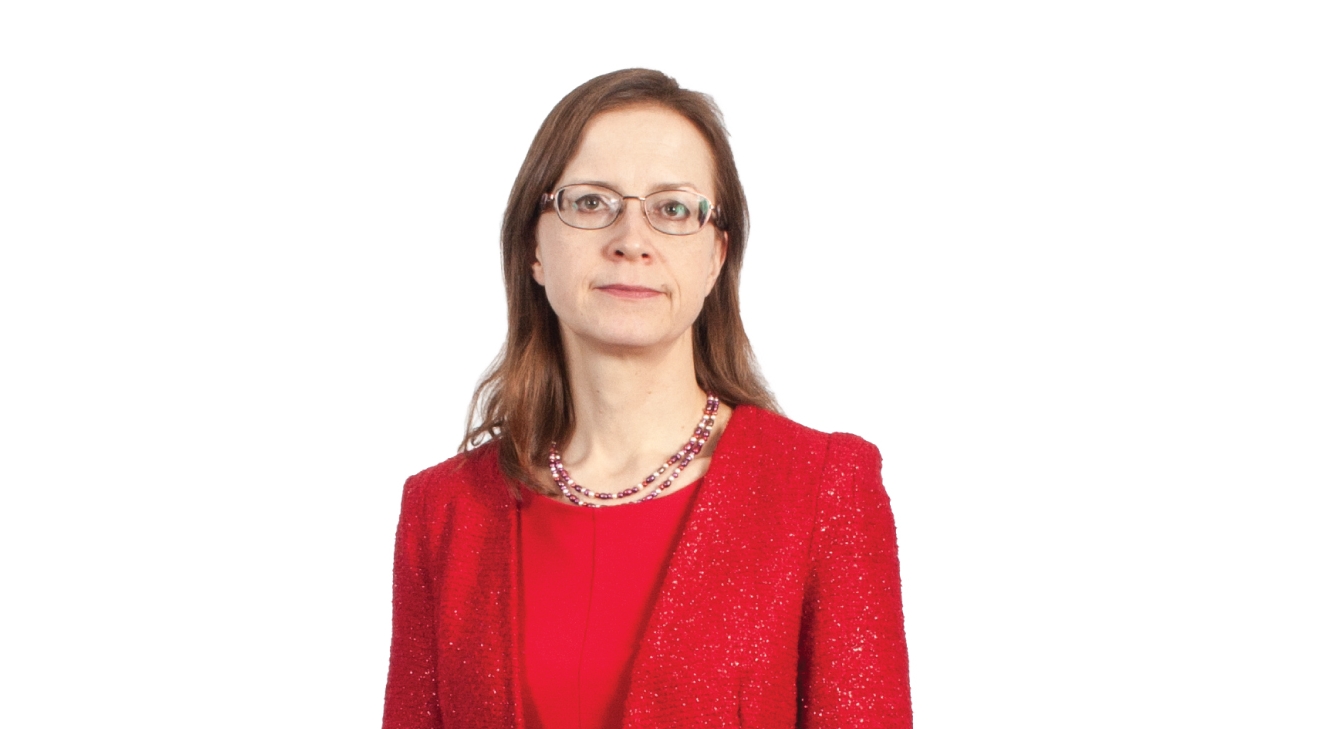 It is a great pleasure for me to attend this meeting here in Perpignan.

You live here in this beautiful region. You have a long experience in trade union activities in this area on both sides of the border. I am interested in hearing your experience. You know how it is to live at the border line, work in one country and live in another. You have a lot of experience of working with each other, speaking different languages, knowing each other´s culture, language, habits, cuisine.

I come myself from North of Europe, from Finland. No matter whether we come from south or north, east or west, we all live in Europe. This is our common ground.

There have been tough times in Europe. Many workers are concerned about the future, the job, the income, the situation of their family members.

There have been many years of austerity. Many workers have experienced cuts in wages and in other conditions of work and in social security. Collective bargaining structures and labour market models were dismantled during the crises and this is still going on in some Member States of the EU.

There is a lot of unemployment. Over 20 million Europeans are still out of work. The rate of long-term unemployment has doubled over the course of the crisis. High youth unemployment is endangering a whole generation. There should be quality jobs, not precarious employment with no security and no future.

We are trade unionists. We are also European citizens. Europe is us and Europe must hear our voices and concerns.

The ETUC wants a European Union based on cooperation, solidarity and social justice – a European Union capable of competing in the world with a sustainable economic and social model. Together Europe is stronger – economically, socially and democratically. The EU cannot achieve higher standards of living for all without further integration. We all deserve a new European Union for its people.

The economic crisis, high unemployment, social exclusion and discontent – together with the refugee emergency, Brexit and terrorism: all this threatens to create a crisis of trust in the EU among workers and citizens.

Until the economy recovers and until unemployment, poverty and social fragmentation are tackled, the fear and uncertainty among workers will not be replaced with hope for a better future.

The European Union is now at a crossroads: it need to be reshaped and reformed into a fairer and more social Europe. There are challenges and opportunities ahead of us, and we must work together to build up a positive alternative.

The main achievements of the European integration process such as peace and democracy – the single market and economic cooperation – high levels of education, innovation, technological development – protection of human rights and a well-functioning social model – freedom of movement have made Europe a very good place to live: this inheritance must not be undermined.

Better policies, better rules and a greater participation by citizens, working people and organisations representing them are clearly needed. Better living and working conditions are needed, less inequality and more economic and social cohesion. Better living standards for people must be designed, and stronger policies put in place to achieve them.

The EU can again be cherished by workers and citizens if it finds and provides concrete solutions to their problems, if it contributes to quality jobs – equal economic/social opportunities – social protection – personal security and well-being.

There is a need to have clearly a more social Europe. What does that mean?

There must be an end to social dumping. Workers have right to have same wage for the same work at their workplaces. Workers cannot be put against each other.

The right of free movement must be enforced, by fighting against social dumping, and engaging for voluntary and fair mobility, full equal treatment, integration and inclusion of native workers, mobile workers and migrants. Portability and coordination of social protection in the cross-border dimension must be strengthened.

Trade union rights, freedom to organise and freedom to collective bargaining are essential. A more social Europe means reinforcing trade union rights. We need to reinforce workers´ rights all over the Europe: in this region, everywhere in Europe.

European Commission will launch its proposals on the Future of Europe and its proposals on so called European Pillar for Social Rights this spring. These initiatives should really be meaningful for workers. Workers and citizens need concrete proposals that can improve their living and working conditions, in full respect of existing better conditions.

The ETUC has five priorities for its actions:

We need to have more and better jobs. This is the overall aim of the ETUC. The last ETUC congress was held in Paris in 2015. The congress committed the ETUC to work for this aim. We need the new jobs to be of quality.

There is a lot of precarious work. The message of the ETUC is that there should be no further flexibilization or casualisation of employment contracts. Workers have already provided plenty in this regard.

Precariousness and fragmentation in the labour market require specific consideration, as the new forms of employment featuring the future of work.

It is important to reinforce unemployment benefits to cover all workers in every type of work relationship. We will not accept workers being flexible if they are not universally covered by protection against periods of unemployment or not working.

The financing and monitoring of active labour market policies that engage and include social partners were often the victims of budget cuts during austerity years and must be (re)established.

There is a need for robust commitments to lifelong learning so that workers are free to pursue goals and personal development. It makes labour markets more competitive if people are enabled to work in different sectors and jobs throughout their lifetime.

Concerning long-term un employment the ETUC is very much in favour of building a trade union involvement to tackle long-term unemployment because it is a social disaster and a breeding ground for far-right nationalism.

To achieve more and better jobs we need higher investment.

The ETUC has demanded for higher investment for years. What is the situation of public investment here in this region?

Private investment, in the absence of expected demand and low inflation, has in many European areas been postponed and is still below its pre-crisis level. A strong public investment push is therefore needed.

The European Commission´s “Juncker Plan” must be redirected towards the countries and sectors most in need, and the amount of available public resources must be significantly increased.

Coordination for fair taxation is needed, as well as fighting tax evasion, and ensuring fair/progressive taxation for people and businesses and providing support to the EU budget.

Since the crisis, wages have collapsed in relation to productivity. This has created massive inequality. It has also damaged internal demand. Nearly a quarter of the population lives in or at risk of poverty.

European internal demand must be boosted to achieve a fair recovery. Wages have been lagging behind productivity in all EU countries in recent years, while living costs have increased, so it is now time for a general pay rise for European workers.

A general pay rise must be achieved by reinforcing collective bargaining where it works, restabilising it where it has been dismantled, creating it where it doesn’t exist: capacity building of social partners and national legal frameworks where needed, are the tools to achieve this goal.

Higher statutory minimum wages also need to be pursued where needed. The wage convergence dimension, between countries and sectors, must be considered, as a fundamental tool for reducing inequalities, wage dumping and macroeconomic imbalances.

We need to have better wages in Europe (upward convergence). We need to resist pressure to squeeze wages.

All workers deserve improvement. This means improving social standards for all - with specific measures targeted to those in the Member States with lowest levels. The best is the target for all.

We need to promote wealth redistribution and we need to have fair taxation.

Better wages are best delivered through autonomous collective bargaining between the social partners. The European Union can support to build social dialogue at all levels across Europe.

The ETUC has launched a Pay Rise Campaign last week. Even the European Commission has realized in its Annual Growth Survey for this year that raising wages will give positive effects on the economy. The European Union should encourage to pay rise when it recommends actions to its Member States in the forthcoming country specific recommendations. The EU should also enhance collective negotiations and coverage of collective bargaining in its country specific recommendations.

The challenges raised by climate change, sustainable energy supply, digitalisation and robotization, restructuring processes triggered by globalisation, have to be addressed via a ‘just transition’ strategy, which ensures that quality job creation compensates job destruction, that workers’ and citizens’ interests are protected first so that they can benefit from this new economic revolution.

Are there jobs that are in danger to disappear in this region due to the digitalisation and automation? Workers need to be guaranteed a just transition towards a green economy to avoid workers paying the price. There is need for skills and training. We also need job creation to compensate for the jobs disappearing.

It is not an obstacle to competitiveness and economic growth. It must be recognised that countries with high wages, strong social dialogue and collective bargaining, sound social protection systems, are the ones that perform better in the economy.

We can all contribute to a thorough discussion of the future of Europe. Europe need us and we need Europe. We are in the same boat. The ETUC and its affiliates around Europe will be active in this discussion. We will not accept the highest standards being dragged down and lower ones reduced even further, in a destructive spiral. On the contrary, the EU has committed itself to social progress. That is the way forward. We deserve social progress!