A planned strike by Turkish metalworkers’ union Birlesik Metal-Is has been banned by the Turkish Government who claims it is ‘prejudicial to national security’.

The strike was planned across 18 companies for February 19. In 2014 the Government banned strikes in the glass and mining industries citing the same reason.

“This is a clear, and now persistent,  attack by the Turkish Government on the right to strike” said Patrick Itschert, Deputy General Secretary of the European Trade Union Confederation (ETUC). “It is in obvious  breach of Turkey’s international commitments, and contrary to the aim of alignment with EU standards.”

“I call on the Turkish Government to stop banning strikes. It is undemocratic and a violation of workers’ basic rights.”

The ban comes in the form a Cabinet decree suspending the strike for 60 days. 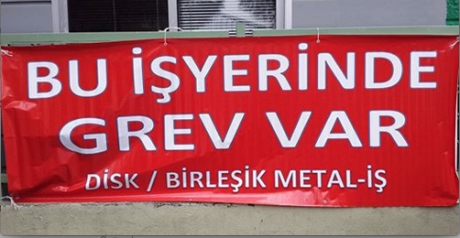