Joint open letter to President Von der Leyen: It is time for you to show leadership on the Sustainable Corporate Governance initiative 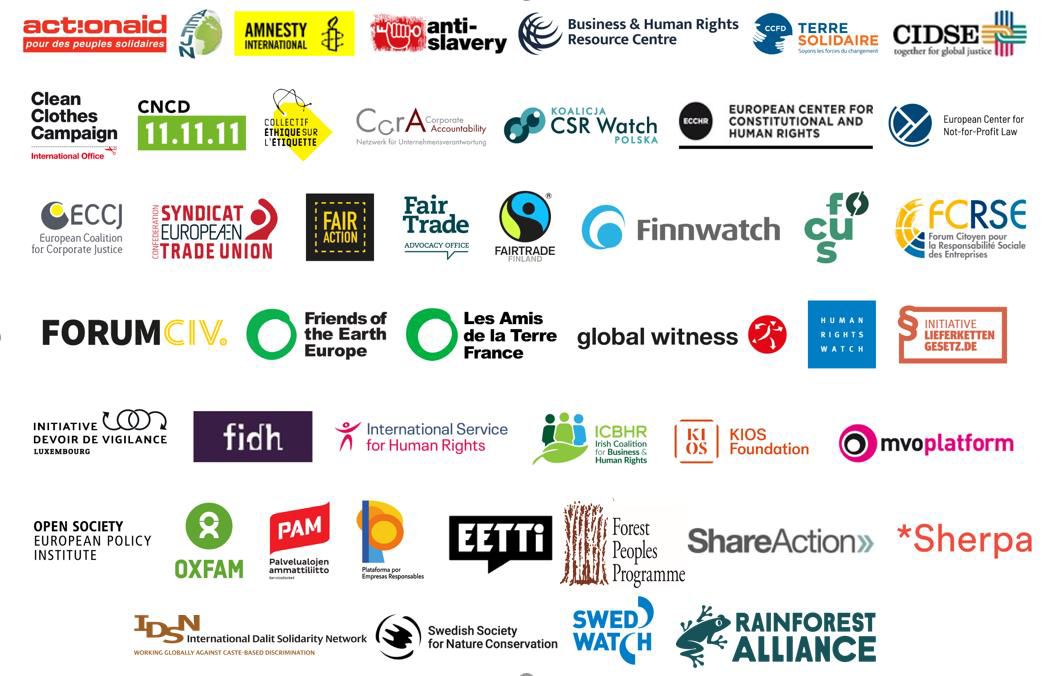 Open letter to President Von der Leyen: It is time for you to show leadership on the Sustainable Corporate Governance initiative

As a coalition of civil society organisations, including national coalitions and the European Trade Union Confederation (ETUC), who are actively working and engaging on the planned Commission proposal on a Sustainable Corporate Governance (SCG) initiative, we are writing to raise our strong concerns about the new delay to the publication of this initiative.

In spite of your promise to deliver a “solid and well-balanced” proposal in 2021, we have been made aware via press reports that the SCG initiative has been further delayed. It is unacceptable that such a crucial new law that can help millions of people to demand justice against human rights violations and can help safeguard our environment and the climate, is delayed for the third time.

We are also deeply concerned by the complete lack of transparency on the reasons for this new delay. The uncertainty surrounding the fate of the legislation is highly damaging for people suffering from irresponsible corporate behaviour and for the environment. This unexplained delay risks undermining the trust that European citizens, local and international civil society and trade union organizations, workers and victims of corporate abuse have placed in the EU to regulate sustainable and responsible business in the wake of the COVID pandemic and of the climate and biodiversity crisis.

Workers, communities, Indigenous peoples, and ecosystems around the world will continue paying the price of the impacts of unsustainable corporate behaviour and the damage the delay will cause.

Postponing legislative action perpetuates a situation where companies are allowed to profit from forced labour in their global supply chains; where local communities and indigenous peoples are branded as criminals, attacked and murdered for defending our planet; where workers live in fear of their life threatening working conditions and women suffer from gender discrimination and wages that do not allow them to live in dignity; where victims of abuse are made to wait for more than a decade for justice.

Since the Commissioner for Justice announced in April 2020 that the Commission would bring forward a proposal to introduce mandatory human rights and environmental due diligence, there has been increased political and societal support for this legislation.

The public consultation resulted in half a million global citizen and civil society and trade union responses calling for a strong and ambitious law. The European Parliament has also called for the Commission to come forward with robust legislation introducing binding human rights and environmental due diligence in March of this year in its Own initiative Legislative report on Corporate Due Diligence and Corporate Accountability, supported by all major political groups. Moreover, in a recent YouGov opinion poll, over 80 percent of citizens from multiple EU countries said they want a strong EU law to hold companies liable for their human rights and environmental violations.

Meanwhile, member states have clearly heard the call for greater corporate accountability and are advancing national-level legislation to implement rules for businesses. The Commission must also bear responsibility and ensure common rules within the single market.

As we have been emphasizing throughout our active engagement on this issue, an EU-wide legislation that will help prevent human rights abuses and environmental harms throughout corporate value chains, and that will apply to all businesses active on the EU market, is more important than ever. This will ensure a level playing field for all companies as well as a coherent legal framework to recognise companies’ liability to respect human rights and the environment all through their value chains, while improving victims’ access to justice.

At this time of uncertainty, we call on you to publicly reiterate your commitment as President of the European Commission to making supply chains of companies active on the EU market sustainable through ambitious, binding human rights and environmental due diligence legislation.
In doing this, we also request that you guarantee full transparency on the reasons for the delay and on the decision-making process going forward.

Isabelle Schömann on behalf it the ETUC, toghether with other 46 organisations

08.12.2021
Document
In Due diligence and subcontracting, Human Rights
Imprimer