'No to Slavery at Work' event - Speech by Bernadette Ségol 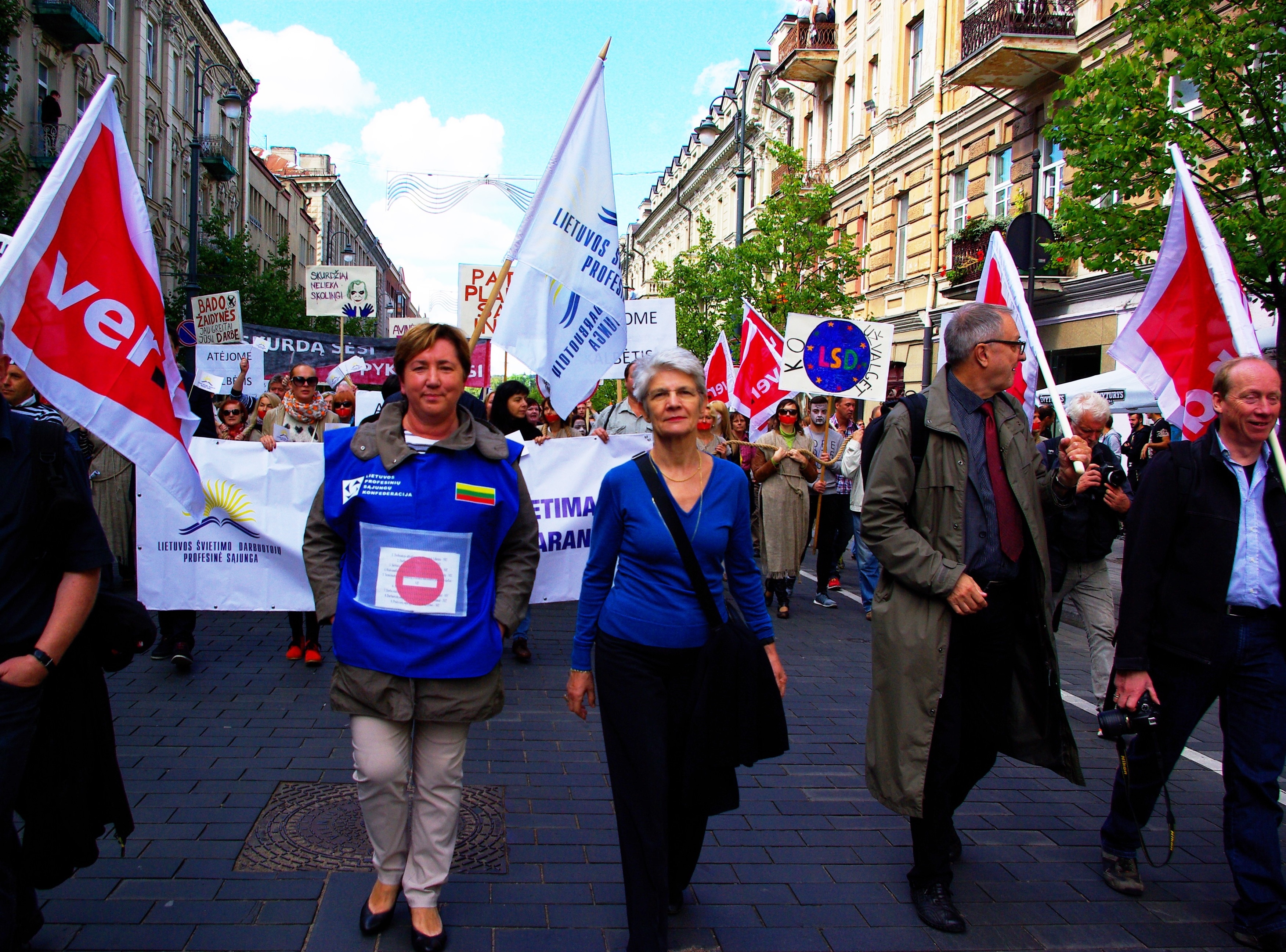 Speech given by Bernadette Ségol, General Secretary of the European Trade Union Confederation at 'No to Slavery at Work' event

I am pleased to be with you here today in Vilnius, and to bring you the support and solidarity of the European Trade Union Confederation and of your brother and sister trade unionists across Europe.

We are appalled by the measures contained in the new draft Labour Code. In Lithuania, as elsewhere in Europe, workers are being expected to pay for the crisis through wage cuts, longer hours, precarious work and attacks on trade unions.

When will governments understand that this will never restore prosperity?

So many of these Labour Code proposals are unacceptable. For example:

·      European law sets a limit on average weekly working time of 48 hours. So how can policy-makers justify allowing people to work for 72 hours!! The answer is – they can’t. Evidence shows that long hours bring serious health and safety risks, and deprive workers of their right to family life.

·      Furthermore, cutting benefits for workers with children will do nothing to enable both women and men to fulfil their potential in the workforce.

·      Since 2008, EU governments have also acknowledged that temporary workers deserve equal treatment in the workplace. Trade unions must not now be expected to accept agreements that establish worse conditions for temporary staff.

·      And we totally reject the idea that workers in small enterprises deserve fewer rights and benefits than those in large companies. This amounts to unacceptable discrimination.

We will continue our fight to defend trade union organisation everywhere in Europe. We insist on unions’ autonomy and their legal right to represent all workers!

Lithuania is not the only EU country where the right to strike is under threat. We are determined to defend this fundamental human right, which has been enshrined in international law for more than half a century.

Trade unionists throughout the EU are with you in your fight, because they know that if these measures take force in Lithuania, they could be next in line.

We stand with you in denouncing this ‘slavery at work’. The struggle to defend workers’ rights and living conditions is a common struggle across Europe. The weight of our combined experience is behind you. You are not alone.

11.09.2015
Speech
In Economic and Social crisis, Trade Union rights, Working time
Lithuania is not the only EU country where the right to strike is under threat. We are determined to defend this fundamental human right, which has been enshrined in international law for more than half a century.
Print