Workers' share of economic prosperity down in 18 EU member states

Workers in two thirds of EU member states are receiving a smaller share of their country’s GDP than they were at the beginning of the decade, official figures show.

European Commission statistics show wage share – a key indicator of inequality - has fallen in 18 member states between 2010 and 2019.

The ETUC is highlighting these figures, which show working people are receiving a smaller share of the economic prosperity they help create, during the European Commission’s consultation on fair minimum wages.

“Ursula von der Leyen has pledged that the new European Commission will create an ‘economy that works for people’, which is a laudable goal that we fully support.

“But the Commission’s figures show that people in most member states are receiving a smaller share of the wealth they work hard to generate than they were at the start of the decade.

“So von der Leyen will need to bring forward game changing proposals which drive up wages across Europe to deliver on her pledge.

“Raising statutory minimum wages in the countries where they exist would be a start, but workers also need the right to join a trade union and bargain collectively in order to get a genuinely fair share.”

* Questions have been raised about the value of Irish GDP data due to the activities of a number of large multinationals, including for tax planning purposes. 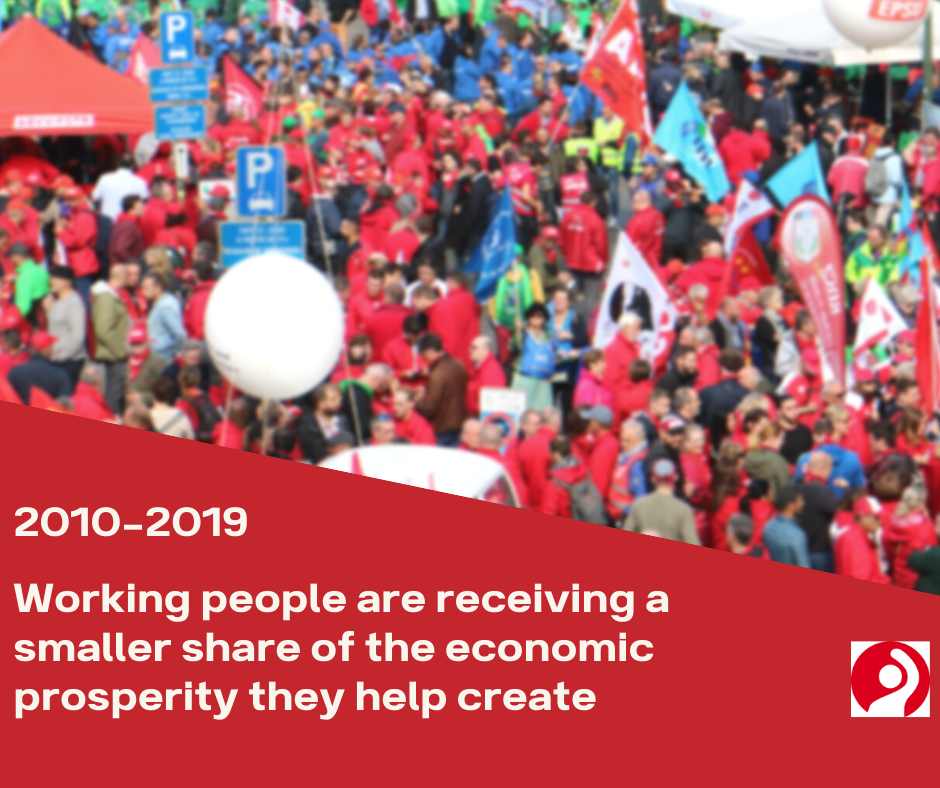