Wage increases not reflecting productivity increases in most EU states

Productivity increased more than wages* in a majority of EU member states.

From 2010 to 2019 wages increased less than labour productivity in 15 EU member states according to new calculations by the European Trade Union Institute (based on figures from Ameco database).

“Companies are paying more to shareholders and bosses at the expense of their workers.

“It is redistribution in the wrong direction: robbing those at the bottom and middle of the pile to give to those on the top.”

“The European Union must take action to support stronger collective bargaining. When workers can bargain for their fair share of productivity gains the median wage increases which makes it more likely that 60% of the median wage amounts to a minimum wage from which workers can make a living."

*Technically called ‘real compensation per employee’ = pay, employer’s social security contributions and benefits per employee, while productivity is measured as GDP per employee - both are adjusted for inflation.

** Questions have been raised about the value of Irish GDP data due to the activities of a number of large multinationals, although wages almost certainly lag behind productivity increases 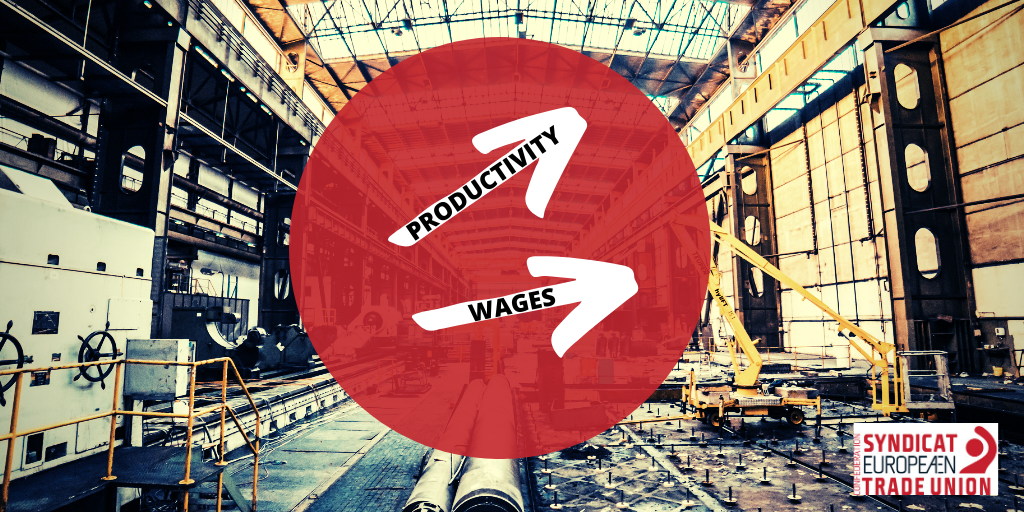