European and International trade union organisations have expressed their shock and anger at the news that Arzu Çerkezoğlu, General Secretary of their Turkish affiliate DISK, has been arrested at Istanbul airport as she was about to take a flight to Germany to visit a relative in hospital.

Police claim that she was arrested because she allegedly insulted Turkish President Recep Tayyip Erdoğan in a speech she made on 31 August last year.  The ETUC, ITUC and European Public Services Union are demanding her immediate release and the withdrawal of the bizarre charge against her.

ETUC General Secretary Luca Visentini said “The EU must open its eyes and see is really happening in Turkey, instead of simply paying Mr Erdogan’s government to escape Europe’s own international obligations for asylum seekers and refugees. Respect for democratic, social and trade union rights are part of European the social model and any country seeking accession to the EU must respect these fundamental values. The EU must never allow itself to be blackmailed by the Turkish government or indeed any other government”.

EPSU General Secretary Jan Willem Goudriaan said “This arrest is an unacceptable aggression against trade unions and is incompatible with European values. We call on the EU to condemn the actions of Turkish security forces and take all action necessary to get Arzu Çerkezoğlu free”. 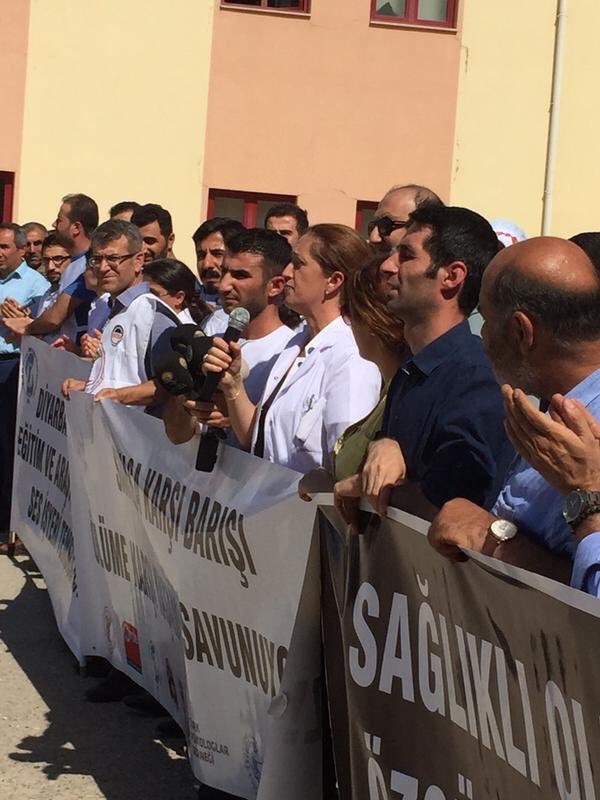