People earning the statutory minimum wage are at risk of poverty in most EU member states, the latest official data shows.

It means millions of people across Europe today can’t afford a decent standard of living despite working full-time. Spain, Czechia and Estonia have the lowest levels of statutory minimum wages compared to median earnings, according to the OECD.

The ETUC is highlighting the figures amid the European Commission’s consultation on how to deliver on Ursula von der Leyen’s pledge to ensure that workers in the EU have fair minimum wages.

“The whole point of a minimum wage is to establish a dividing line between decency and poverty.  The fact that most statutory minimum wages across the EU are knowingly set below the poverty threshold is scandalous. If someone works full-time, they shouldn’t be forced to choose between heating and eating.

“The Commission needs to be clear about what it considers a fair statutory minimum wage. It most certainly can’t be below the benchmark of 60% of the national median wage, which is the at risk-of-poverty threshold.

“There is a need to test this threshold for adequacy against real prices (and a basket of goods and services) defined with trade unions and employers at a national level so that minimum wages become real living wages.”

“This must be coupled with measures to promote collective bargaining, which is the best way to end poverty wages.” 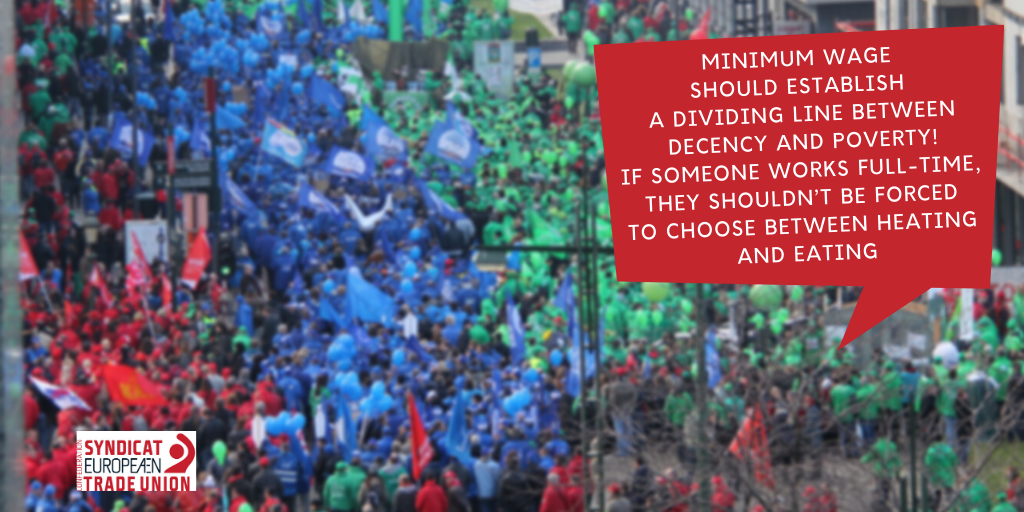