A group of Romanian trade unionists have today completed a four-day rolling protest between Bucharest and Brussels over the low wages forcing their fellow citizens to make similar journeys to find decent work.

The “Caravan of Social Rights” made up of 13 members of the Cartel Alfa trade union set off on the journey of over 2,000 kilometres on Friday, stopping in Budapest, Vienna, Munich and Luxembourg along the way to stage protests outside Romanian embassies with the support of local trade unions.

The Caravan, which consists of two cars and a van decked out in union flags and posters highlighting the protest, arrived for a reception at the ETUC’s headquarters in Brussels at 11am today before a meeting with the European Commission at 5pm.

The delegation will use the meeting to highlight how economic growth in Romania over the last decade hasn’t resulted in a better quality of life for working people:

This has resulted in more than four million Romanian citizens leaving their country in search of a better life, although migrants often find themselves exploited as cheap labour by employers in a phenomenon known as social dumping.

To turn around this trend, the delegation will today call on the Commission to deliver a strong Directive on Fair Minimum Wages and Collective Bargaining, which has been opposed by their government, and fully implement the promises of the European Pillar of Social Rights.

"The message we send at European level is about the need and urgency for Romania to adopt citizen-oriented public policies, through a development policy that abandons the model of low wages and the exploitation of workers.

“We need an economy that works for all, not just for a few, and for economic growth to be reflected equally in the pockets of the citizens and the quality of public services, not just in the triumphalist figures of the government.”

ETUC General Secretary Luca Visentini, who will join the delegation at today’s meeting with the European Commission, said:

“More than 14 years after joining, the benefits of Romania’s EU membership are still being enjoyed by a tiny elite while millions of working people are forced to leave their country to find a decent job.

“Romanian workers have come to Brussels to say enough is enough and their situation shows the urgent need for a strong EU directive on adequate minimum wages and more collective bargaining.

“The Commission has rightly stood up to member states who misuse EU funds in the past and it must ensure now that the €14 billion given to Romanian through the recovery fund is genuinely used to create decent jobs and raise social rights.

“Otherwise the 2,000 kilometer journey made by Romanian trade unionists this week will be repeated by millions more workers over the coming years.”

Photos of the Caravan of Social Rights: 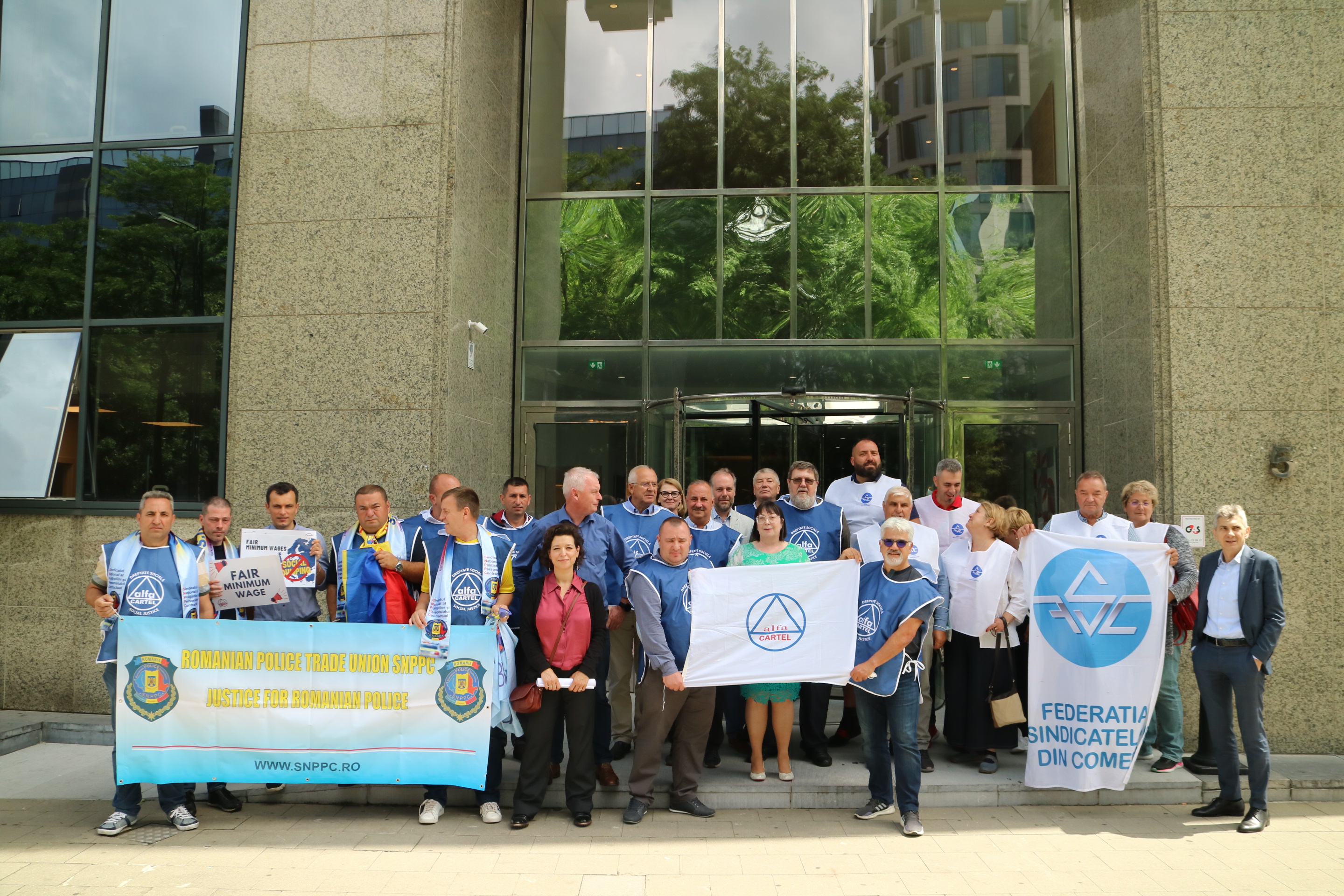