"Nothing about us, without us": Bernadette Ségol meets the Serbian Government

Ségol stressed that the EU integration process and the start of the accession negotiations require the full inclusion of trade unions as an important component of civil society. “Social Dialogue”, she said, “is a fundamental EU value”. She encouraged the government to improve the structures of the Serbian tripartite council and to make it operational and relevant. Social Dialogue should be associated to the process that “cannot be driven as a top down operation”.  In that context, the ETUC General Secretary referred to the debate on the Labor Code actually “under construction”. Both Prime Minister Dacic and Deputy Prime Minister Vucic recognised the role of the social partners as part Serbia’s path to the EU. The chief negotiator, Mrs Muscevic, declared her interest in a close cooperation and exchange with the Serbian trade unions and the ETUC.

In a joint meeting of the two presidencies of the ETUC affiliates, a joint trade union commission for EU integration was announced. Bernadette Ségol welcomed the close cooperation between the ETUC affiliates.  She reiterated the ETUC’s full support and its readiness to constantly represent the case of the Serbian trade unions vis-a-vis the European Commission.

The meeting took place three weeks before the general elections in Serbia, scheduled on 16 March. 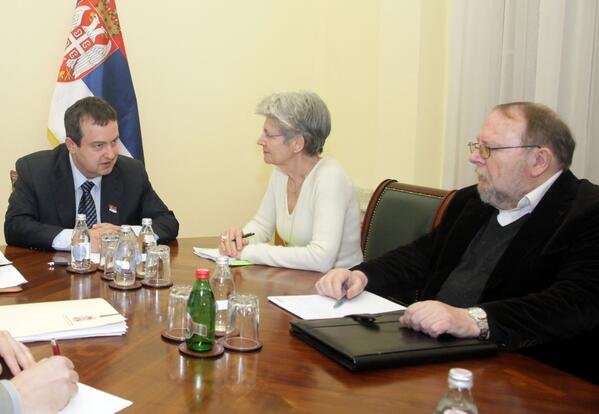