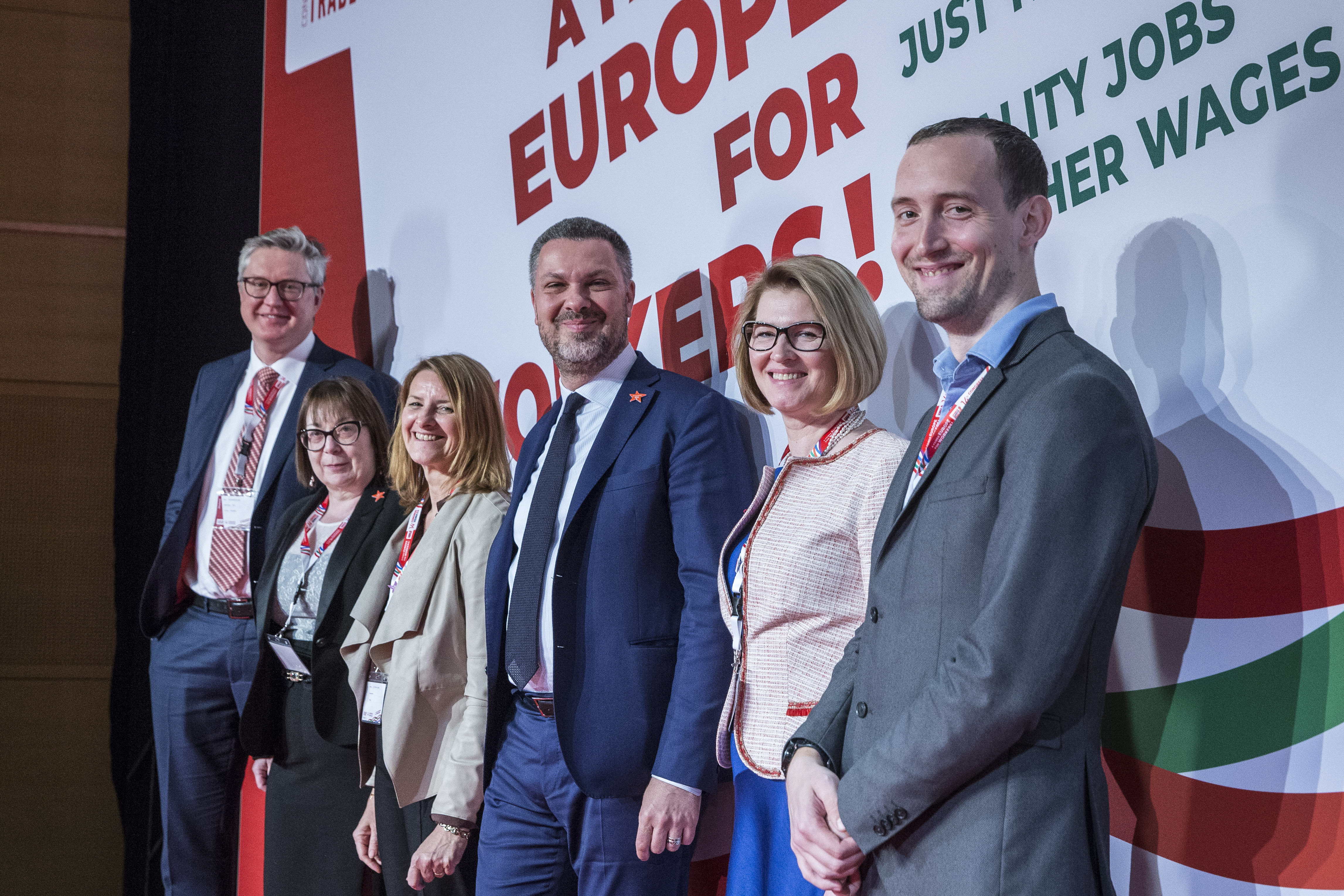 They also adopted a new manifesto and action programme for 2019-23 for ‘A fairer Europe for workers’.

Luca Visentini was elected General Secretary at the previous ETUC Congress in Paris in 2015. Before that he was ETUC Confederal Secretary from 2011, and a member of Italian union UIL since 1989.

Laurent Berger is Secretary General of French trade union CFDT, a post he has held since 2012.

Policies adopted today by ETUC Congress, as part of the ETUC manifesto and Action Programme 2019-23, which the ETUC will press the new European Parliament and Commission to implement, include

“The mission for the next term will be to fight the attacks on democracy and tolerance” said Luca Visentini, “and to go further than the Juncker Commission in promoting social justice, quality jobs and higher wages across the EU.”

“We will also be pressing the EU to tackle climate change with renewed urgency and to do more to proactively manage climate action, digitalisation and automation so that nobody is left behind.”

For photos and links to the CVs of the newly elected leadership team see – https://www.flickr.com/photos/etuc-ces/albums

For the manifesto see https://www.etuc.org/en/european-trade-union-confederation-14th-congress-etuc19