How can women achieve pay equality when the best jobs are reserved for men?

To mark EU (Un)Equal Pay Day on 3 November, ETUC Confederal Secretary Montserrat Mir said: “At current rates of change we will all be dead before we reach equal pay for women.

“Pay inequality has barely changed since 2010, and has actually got worse in a some countries, including the UK, Poland, Portugal and Bulgaria.

“How can women earn the same as men if the best-paid jobs are reserved for men? Far too many women are stuck in low-paid, temporary or part-time jobs. Many of those who do manage to get good jobs are disadvantaged twice by being paid less than men in similar jobs and then hitting a glass ceiling they cannot rise above.

“Even in the well-paid European Commission, which unfailingly promotes Equal Pay Day, there is a substantial gender pay gap as only 9 out of 28 Commissioners, 1 out of 4 vice presidents and 10 out of 37 Directors-General are women. There is not a single national Parliament in the EU with equal representation of women.

“We need to become much more active in identifying and putting pressure on organisations and companies where the men in charge lack the ability to find a fair proportion of women for the best-paid jobs. Women are sick of being stuck in low-paid jobs in low-pay sectors. We need to do much more to empower women to achieve equal pay.” 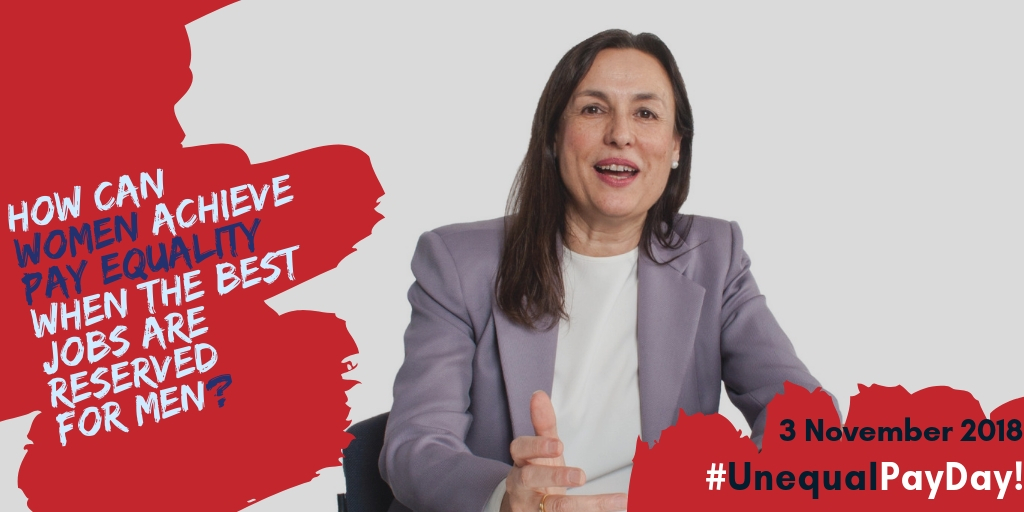