Luca Visentini, ETUC General Secretary, presented the Commissioner for Employment and Social Affairs with a cake and a card with the message ‘Dearest Pillar, we wish you a ONEderful birthday. You have given us hope for the future. May you grow up to fulfil your potential.’

“The Social Pillar has made important progress in just one year” said Luca Visentini, “and there is still much to do in the future.”

The European Pillar of Social Rights was adopted on 17 November 2017 at the Gothenburg Summit. It commits the EU to important principles including the right to fair wages, work-life balance, health and safety at work, and essential services of good quality.

Some positive initiatives have been launched to implement it including the draft Directives on Work-Life Balance and Transparent and Predictable Working Conditions, and the proposed European Labour Authority.

“The current proposals need to be adopted before the European elections, and we appeal the European Parliament and Governments to make their part for this to happen.” added Luca Visentini, “Fresh initiatives need to be tabled by the new European Commission appointed next year, and by member states at national level.”

The card presented to the European Commission’s leadership also strikes a more serious note, saying ‘On this happy occasion it is a pity that not everyone can get a slice of the cake’  and reminding the EU institutions of the difficulties faced by ‘working people in all countries working in unfair conditions, those who are finding it hard to make ends meet because of poverty wages or no wages, and to all those trapped on zero hour contracts or in bogus self-employment. The Pillar promises to address these problems and we hope it delivers real solutions soon.’

Also in the European Parliament in Strasbourg to mark the Pillar’s 1st birthday were ETUC Confederal Secretaries Liina Carr and Esther Lynch. The ETUC is also presenting a card and cake to Vice President Timmermans. 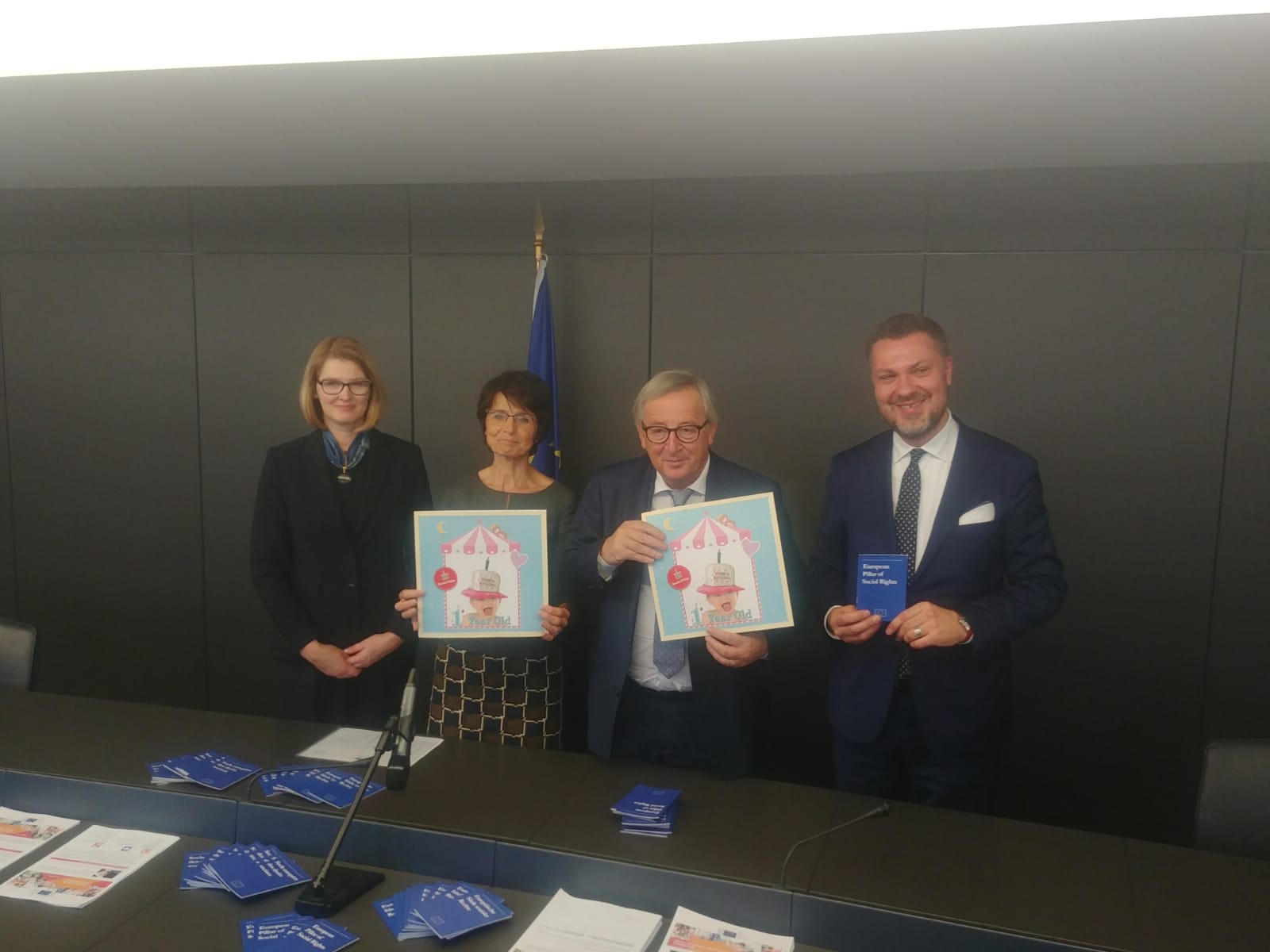