Compulsory gender pay reporting backed up by fines must be among the “binding pay transparency measures” promised by Ursula Von Der Leyen if they are to have a real impact.

The European Commission President-Designate has pledged to bring forward measures to tackle the EU’s 16% gender pay gap within the first 100 days of her mandate.

The European Trade Union Confederation (ETUC) welcomes the commitment and is calling on her to introduce policies which have a chance of delivering real change in the public and private sectors.

The ETUC is calling for a Gender Pay Transparency Directive which should include:

The ETUC will raise our proposals with Von Der Leyen as well as the Commissioners-Designate with responsibility for the issue, Helena Dalli and Nicolas Schmit.

Our call for a directive on this issue comes after only half of member states followed a 2014 recommendation from the European Commission to tackle the gender pay gap.

The 2009 financial crisis and subsequent attacks on collective bargaining increased the inequality in gender pay. The gap is closing too slowly and is actually still increasing in some member states.

“The principle of equal pay for equal work has been enshrined in the European treaties since 1957 so it’s high time to make this a reality. Voluntary measures to close Europe’s scandalous gender pay gap have been tried and failed.

“That’s why we need make gender pay transparency compulsory in both the private and public sector to unmask the undervaluation of women’s work which lays behind this persistent inequality.

“We fully support the European Commission’s first women president’s plans to make binding pay transparency rules a priority and will work with her to ensure they bring about real change.

“Employers can’t hide behind fancy job titles, they need to be able to justify pay differences.” 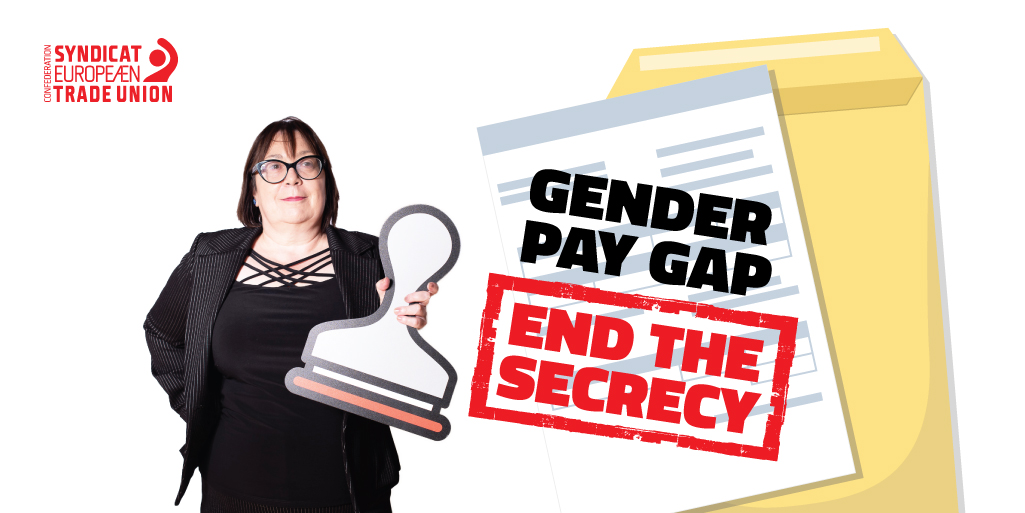