The European Trade Union Confederation (ETUC) congratulates the European Parliament’s Employment and Social Affairs Committee following the adoption of its report on the employment and social consequences resulting from the Troika[1]s operations in Cyprus, Greece, Ireland and Portugal. The report highlights the devastating effects the Troika’s policies are having on social cohesion. Its findings echo the experience of ETUC’s members in the affected countries that the Troika’s actions have led to massive unemployment, a collapse in social spending and social protection systems, increased poverty and inequalities, and an exodus of people, particularly the young, emigrating out of sheer despair.

The report also criticises the Troika’s failure to consult the trade unions, employers and the International Labour Organisation in the design and implementation of the countries’ bailout programmes. Additionally, the Troika’s attacks on wages and wage bargaining systems in all four countries are particularly worrying especially as the European Union, as the report rightly acknowledges, has no competence on pay.

The ETUC supports the MEPs call for the Commission to prepare a detailed analysis of the consequences of the Troika’s policies on employment, social protection and the European Social Acquis. We also welcome their call for a job recovery plan and measures to repair the social situation, including tackling poverty and restoring rights to social security, education and collective bargaining.

Veronica Nilsson, ETUC Confederal Secretary said: “This report goes to the core of the problem. The Commission is supposed to act as the guardian of the European Treaty but has failed to do so. Instead, it has allowed the Troika to breach many of the EU’s key principles. This has to change if we want to restore workers’ confidence in the European project.  In this election year, we trust that the report will receive the full backing of the Parliament when it is voted on in the plenary session.”

- Video -Cartoon : A New Path For Europe is what we want, now! 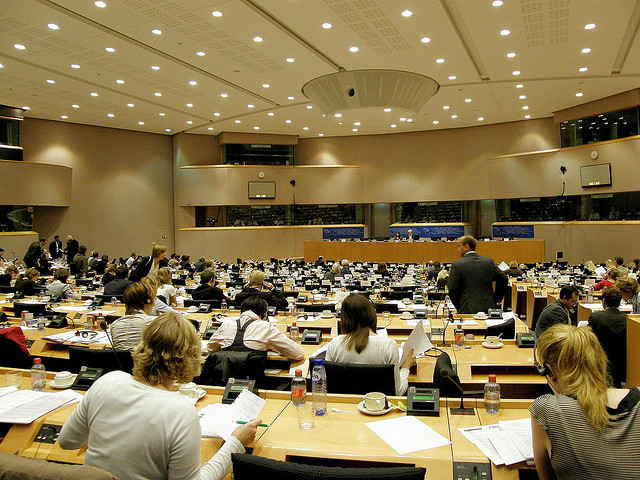