The European elections in May are the most important for decades – and the turnout and vote of women will be crucial to halt the rise of the anti-European and far-right parties.

On 8 March – International Women’s Day - the European Trade Union Confederation (ETUC) launches a call for women to vote in the European elections, and to vote for women candidates who support gender equality and trade union demands for a fairer Europe for all workers.

“The trade union movement stands up for women’s rights and women’s participation in our democracy – as voters and as candidates” said Montserrat Mir, ETUC Confederal Secretary.

“We are calling on women to come out to vote in the European elections in May, and to support women candidates who support – and whose parties support - a fairer Europe for workers, including equality between women and men.”

“Gender equality is above all a question of social justice and social progress. It is the exact opposite of what far-right and ultra-conservative nationalist parties want, which is to whip up hatred of migrants, constructive European cooperation and equality between women and men.”

The ETUC has issued its election programme for ‘A fairer Europe for workers’ which contains several claims for the EU on gender equality, including

The ETUC has long pressed  the EU to adopt a strong political strategy to achieve gender equality and to tackle harassment and violence against women, and will continue to fight for women’s rights. 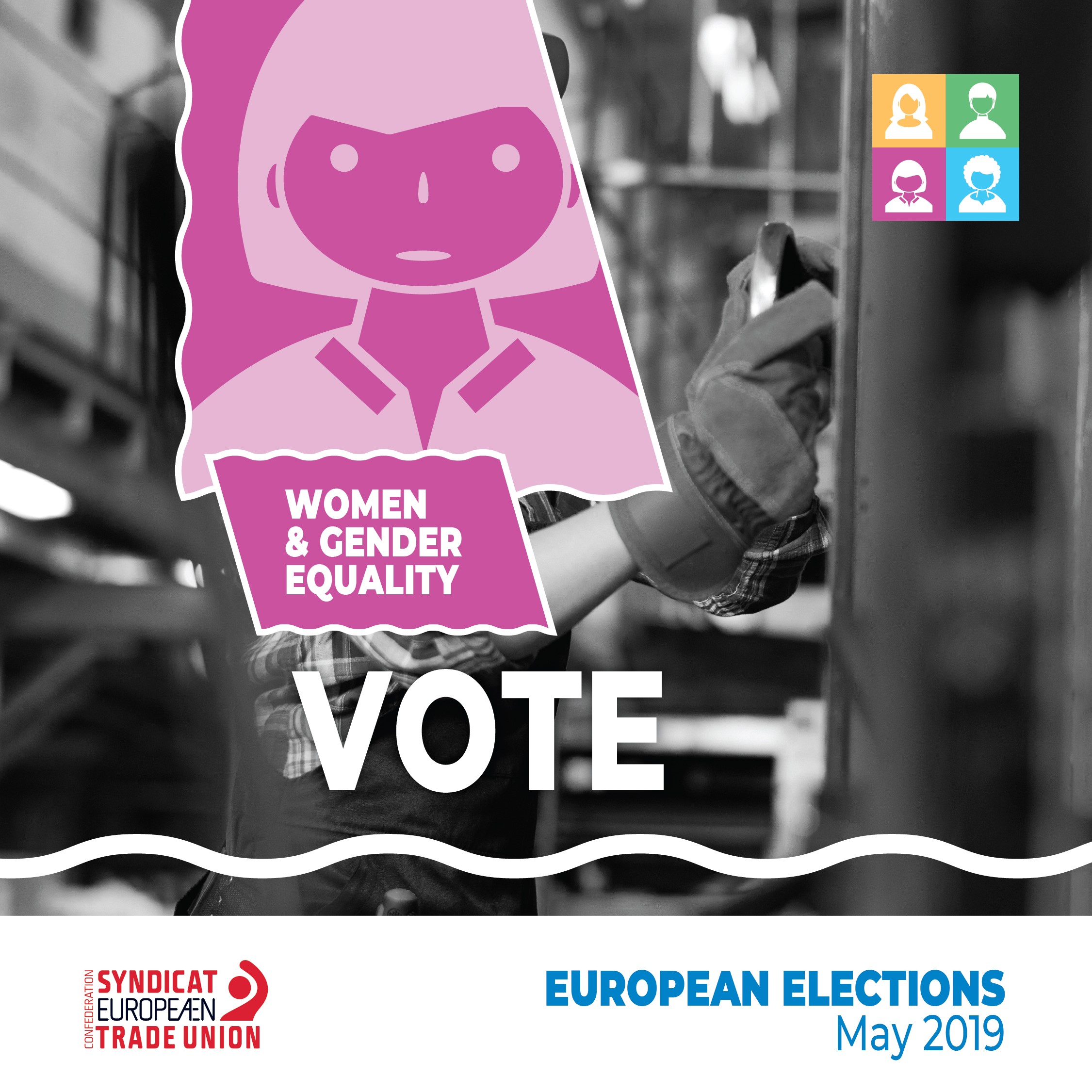