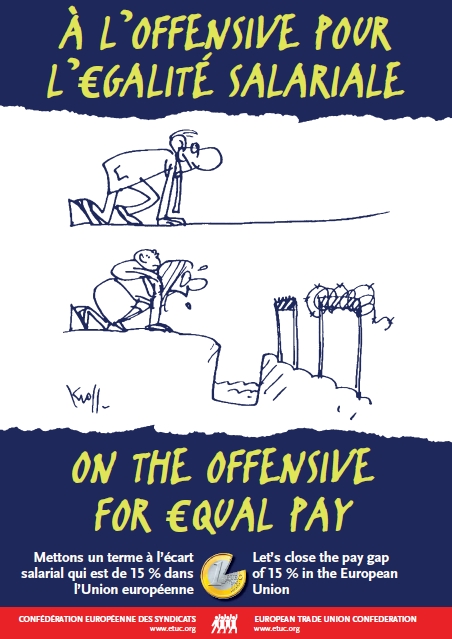 According to a recent report by the European Commission, the pay gap between women and men in the European Union continues to remain. ETUC express its disappointment at the lack of ambition from the commission, and its unwillingness to undertake concrete measures to fight the gender pay gap.

The findings of the report are alarming. Despite a slight weak downward trend, in recent years, the gender pay gap exists at various levels in all 28 Member States. For example, on average, women also work 59 days unpaid per year.

Despite equal opportunities laws and efforts to reduce the gender pay gap the commission has failed to ensure the full application and enforcement of the current directive. The ETUC demands urgent action to address pay equity and to increase transparency in wages.

Claudia Menne, ETUC Confederal Secretary, said “The European Commission missed the opportunity to acknowledge the crucial role of trade unions, to keep the topic on the political agenda, to raise awareness and to challenge discrimination. If the commission is serious in seeking to reduce inequalities and gender pay gap they should actively promote collective bargaining"