The average annual energy bill is now more than a month’s wages for low paid workers in the majority of EU member states, an analysis for the European Trade Union Confederation (ETUC) has found.

Some 9.5 million people in work already had difficulties paying their energy bills before the cost-of-living crisis began. By July this year the cost of gas and electricity had risen by 38% across Europe compared to last year and the cost keeps rising.

It has left workers earning the minimum wage in 16 EU member states needing to set aside the equivalent of a month’s wages or more in order to keep the lights and heating on at home (table 1). In 2021, that was the case in eight member states.

The number of days a person earning the minimum wage has to work to pay their energy bill has risen dramatically in some countries: Estonia (+26), Netherlands (+20), Czechia (+17), Latvia (+16).

In four countries – Slovakia, Greece, Czechia and Italy – the average annual energy bill is also now more than a month’s wages for a worker earning the average salary.

It should be noted that this data refers to the cost of energy in July 2022. The crisis facing workers is now even worse and worsening due to further increases in the cost of energy and other basics such as food have happened in the meantime.

The results of the analysis by the European Trade Union Institute, the independent research centre of the ETUC, comes ahead of the emergency meeting of the EU’s Energy Council on Friday.

The ETUC is calling on leaders to take decisive action to end Europe’s unsustainable energy price rises in a six-point plan. Sent to the Ursula von der Leyen, Charles Michel and other European leaders, it includes demands for:

“Millions of working people were already struggling to pay their bills before this crisis and now they’re being asked to pay rocketing energy costs with wages which are falling in value.

“When your bill costs over a month’s wages, there’s no clever money-saving trick that will make a difference. These prices are now simply unaffordable for millions of people.

“Behind these figures are real people having to make ever tougher decisions about whether they can afford to put the heating on or cook warm meals for their children.

“Meanwhile CEOs and shareholders of energy companies are enjoying record profits at their expense.

“It’s immoral and politicians need to get a grip of this crisis before it cost lives this winter. It’s time for fair wage rises, a cap on energy prices, tax on excess profits and emergency payments to the poorest households.”

Table 2: Energy costs compared to average earnings in all member states with available data (All figures in national currencies)

Net annual earnings are calculated with tax rate for single person earning 100% of average from Eurostat (EARN_NT_NET), and minimum wage is expressed per month and obtained from Eurostat. The share of energy is expressed as percentage relative to average annual earnings. The estimated change to July 2022 Annual net earnings is adjusted using the percentage change in nominal employee compensation from Eurostat Ameco spring forecast, and energy is adjusted using HCIP components for electricity and gas. 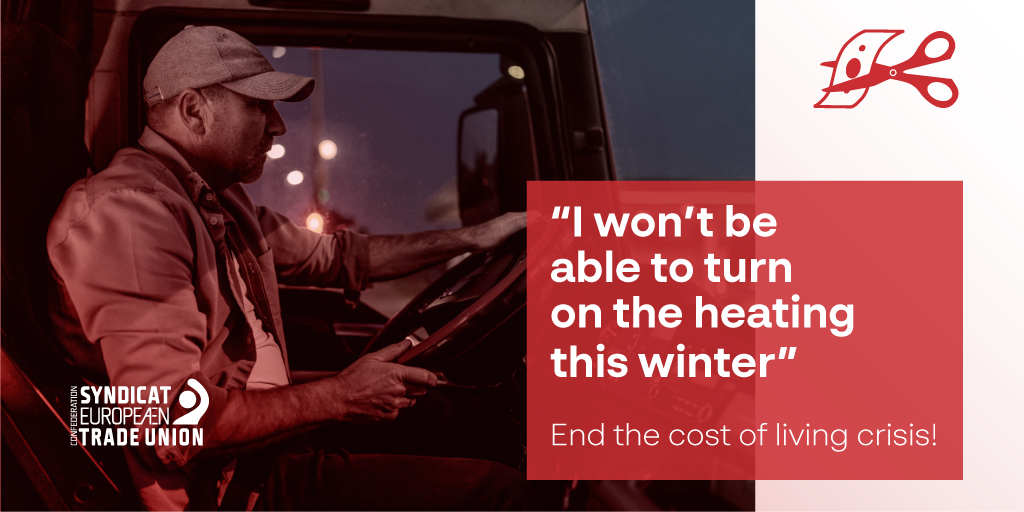