Over 8,000 trade unionists took part in a march and rally today in Brussels calling for ‘A fairer Europe for workers’ organised by the European Trade Union Confederation (ETUC).

The march gathered outside the European Parliament in Place Luxembourg and finished with a rally near the European Council and Commission in Avenue Auderghem, by Rond Point Schuman.

The march was to draw attention to the European elections, and to press trade union demands for a better and more social Europe, not less Europe, and for social progress, better pay and better working and living conditions.

“The European elections are the most important for decades” said Luca Visentini “and we call on all citizens to vote for candidates and parties that will fight for a fairer Europe for working people. We say do not be fooled by far-right, anti-European and sovereignist parties – they offer no solution to the problems facing working people today.”

“We call on all democratic parties to commit to create a fairer and more social and sustainable Europe over the next five years.”

Over half the 8,000 demonstrators came from Belgium and France, with delegations from many European countries including Germany, Italy, Spain, Hungary, Slovenia, Austria,  Estonia and Switzerland. 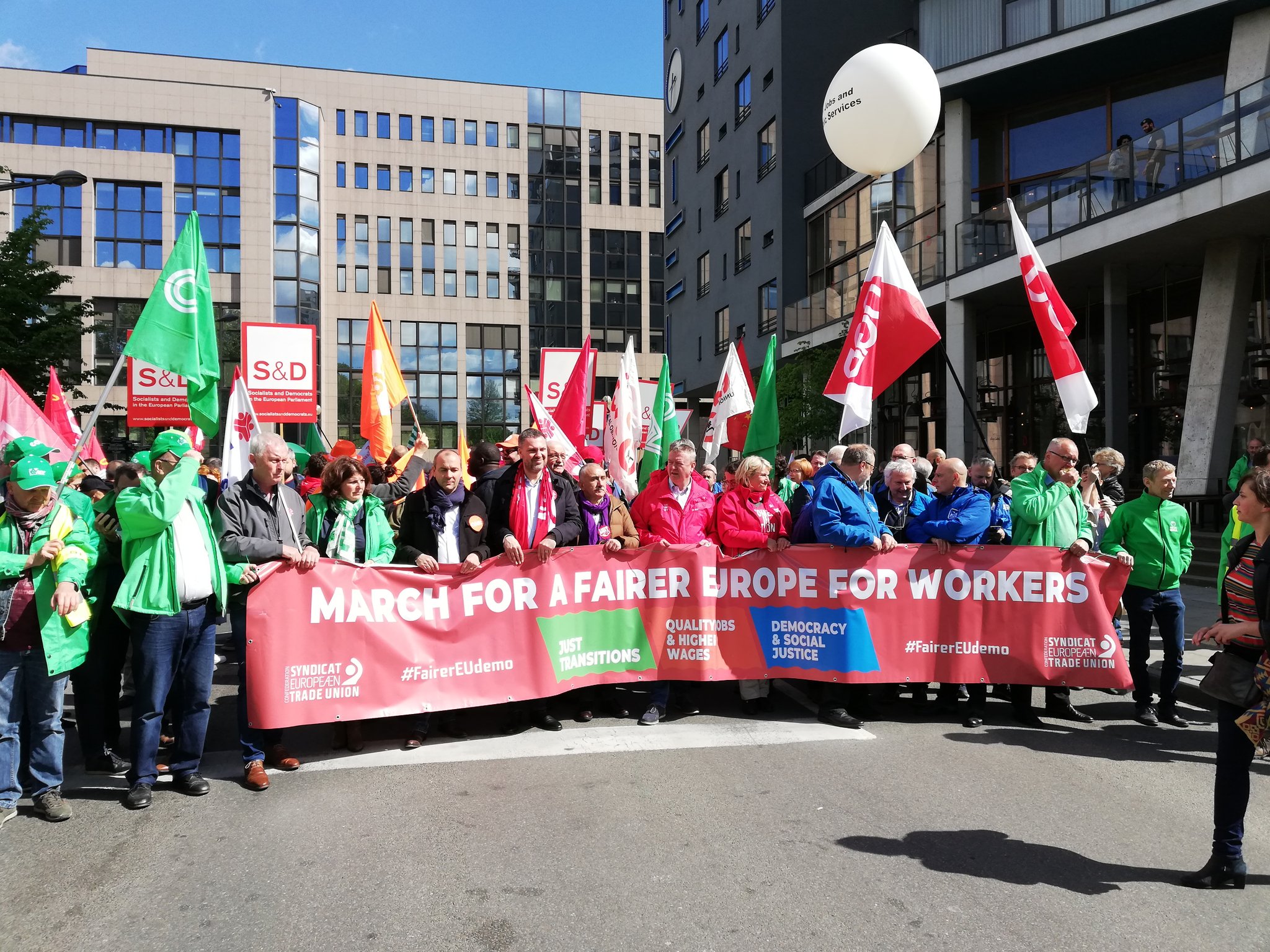