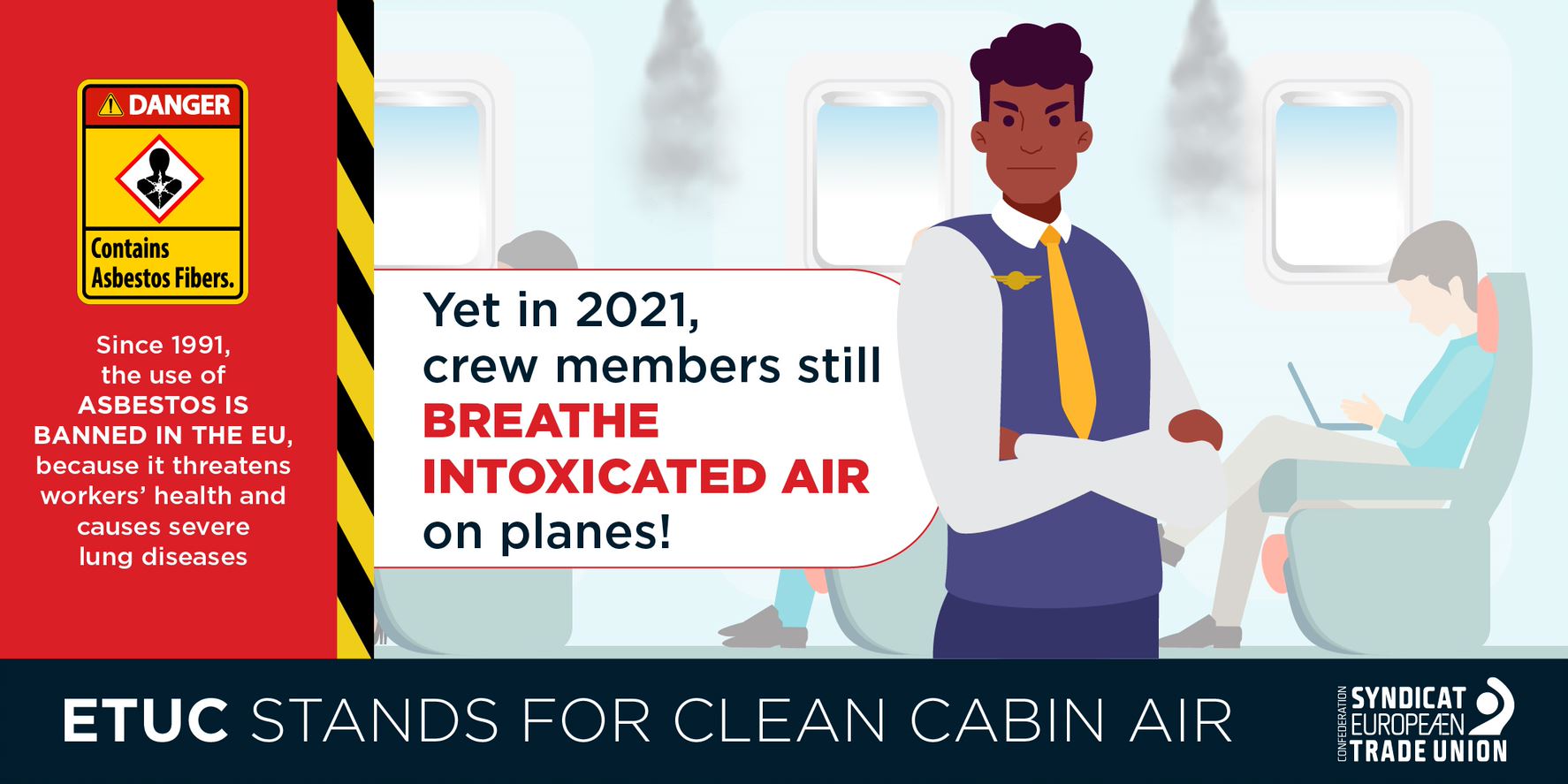 Cabin air is a health problem

The quality of cabin air is an important occupational health issue. It affects all cabin crew who are forced to breathe contaminated air while working, sometimes for long hours.

The current design of aircrafts causes the air cabin to be intoxicated by engine fumes. This has both short- and long-term health effect, exposure to contaminated air results in crew impairment or, in some rare cases, in crew incapacitation. This jeopardises flight safety.

Regulatory authorities, aircraft manufacturers, safety agencies, scientists, airlines, occupational doctors, oil manufacturers, and crew unions have all acknowledged that contaminated air exposure occurs. Although many reports, dating back as far as the 1950s have scientifically supported these claims, there is still no adequate regulation to protect flying staff from contaminated ventilation supply air on aircrafts. 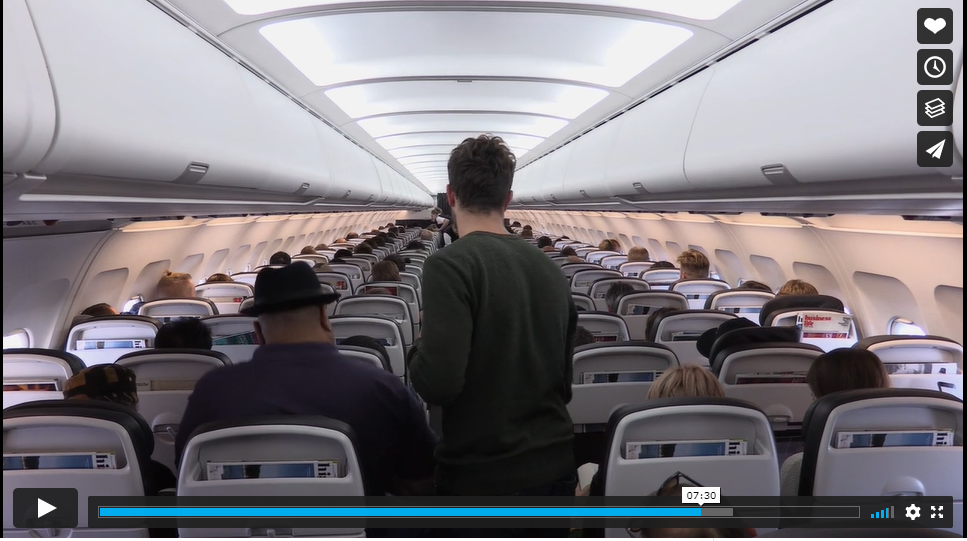 Click on the flag to watch the video in your language: 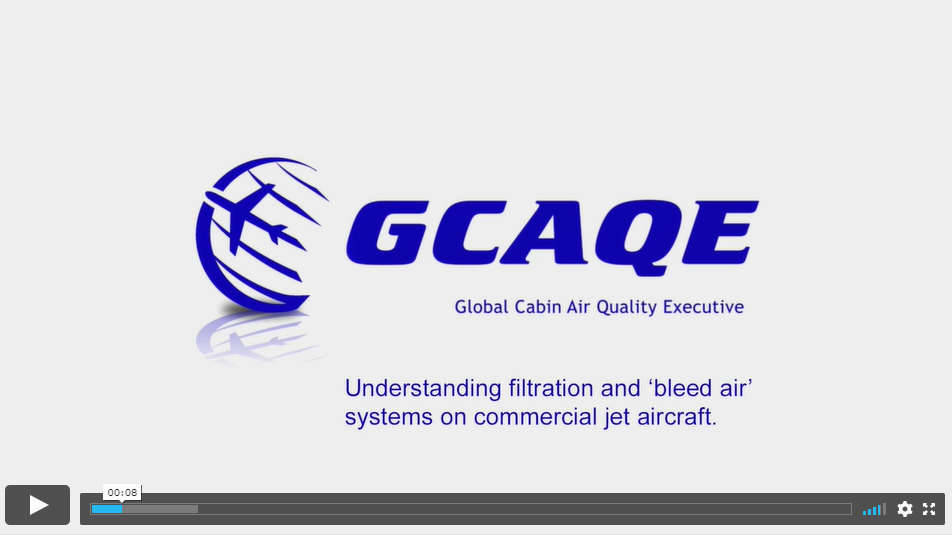 The European committee on standardisation (CEN) Technical Committee 436 is currently developing the European standard prEN17436 ‘Cabin Air Quality on Civil Aircraft – Chemical Compounds’ that defines the requirements for chemical compounds in the cabin air of civil aircrafts. It aims to provide the technical solutions to make cabin air cleaner and safer to breathe.

The ETUC has been participating in CEN/TC 436, since the beginning of its work.  This is done in alongside the European Transport Federation (ETF), the Global Cabin Air Quality Executive (GCAQE), and independent consumer campaigners, to ensure that the concerns raised by air crew are properly addressed in the European standard. Today, the draft standard is at its final stage, and it is essential for trade union representatives to raise awareness on this important issue and to ask for the approval of this European standard, which will help improve the health and safety of flying staff.

The development of the standard has been ongoing for several years. Unfortunately, the process has been delayed and interrupted by the airplane industry, which is opposing it.  The approval and further implementation of the standard would mean the industry would need to adapt the design of their aircrafts and would require significant investment, which they are not willing to commit to.

During 4 March and 27 May 2021, National Standardisation Bodies in Europe will decide whether the standard should move to its final development stage or if it should be discarded. The ETUC stresses the importance of this standard, which will help improve cabin air quality and mitigate both short- and long-term health effects of all those working on board of civil aircrafts.

Trade union representatives can have their say in the development of the standard by participating and contributing directly in standardisation committees. After all, the health of workers – cabin crew – is at stake!

With their participation, Trade Unions provide relevant expertise and help achieve a balanced representation within the standardisation system.

How can you help? Contact your National Standardisation Body.

If your National Standardisation Body already participates in this work, then it will have set up a so-called mirror committee to CEN/TC 436 composed of national stakeholders who have an interest in the standard. If your National Standardisation Body does not have a mirror committee, you should ask that it sets one up. In either case, you should ask to be nominated as the national delegate to participate in the CEN meetings of TC/436.

If necessary, the ETUC Secretariat will help affiliates make contact with National Standardisation Bodies. Do not hesitate to contact the Secretariat should you require additional information.

Join the ETUC-ETF webinar ‘Clean cabin air – how to raise our voice’ on 23 March.