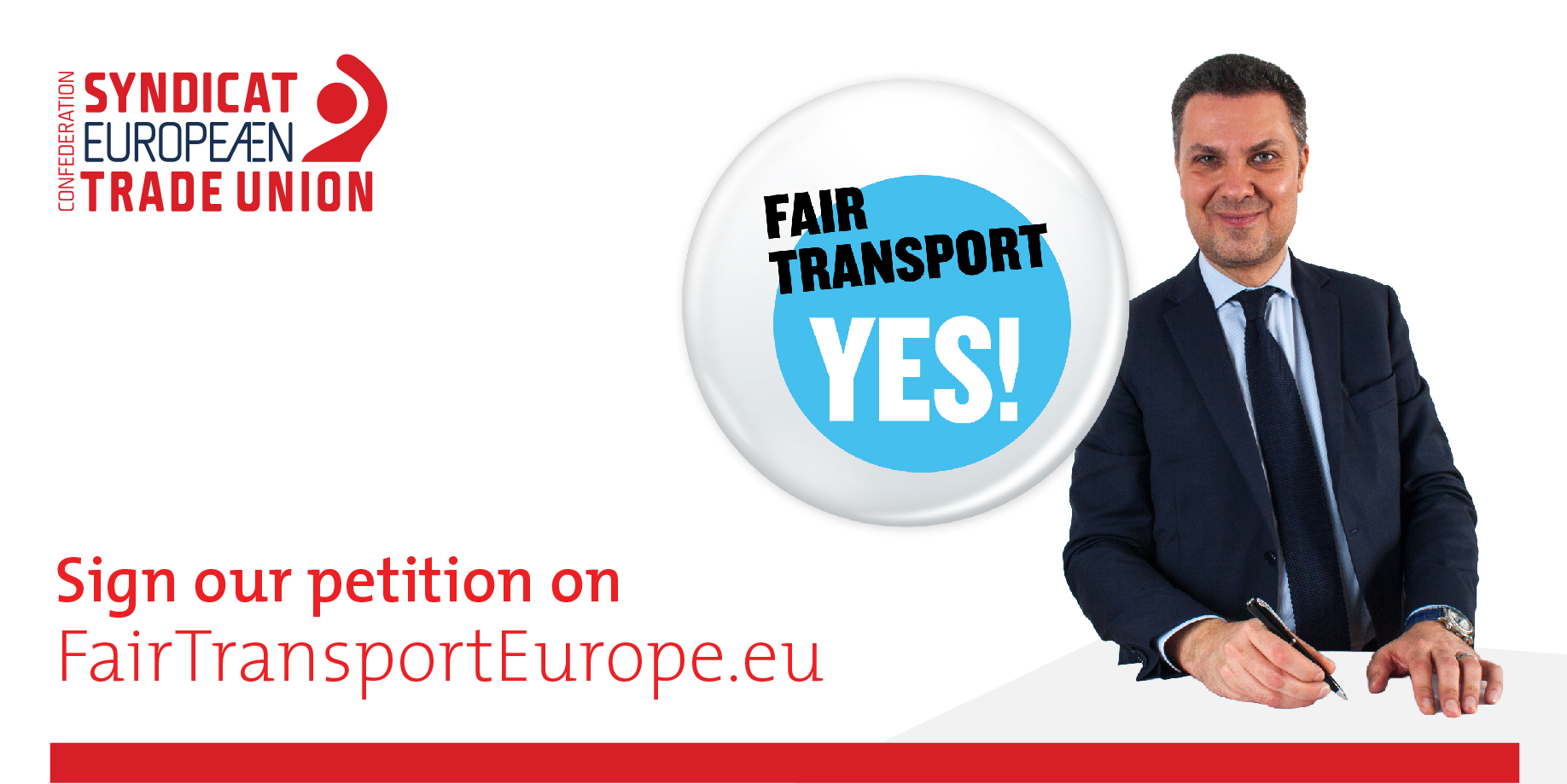 We are writing to you in relation to your planned legal action against France and Germany on the application of their respective minimum wage legislation to the road transport sector (see Commission press release of 16 June). Whilst the application of national minimum wages to operations of cabotage does not seem to be disputed, we understand that the Commission considers that Directive 96/71/EC on the posting of workers, in particular its provisions on minimum rates of pay, do not necessarily apply in case of some international transport operations. In this context, the non-application of Directive 96/71/EC will result in the introduction of a country of origin principle regulating the employment conditions of workers, as well as the invalidation of most measures of control and monitoring in host countries. In other words, professional drivers performing European -wide types of operations will be operating in a legal vacuum.

We are alarmed about the legal and political consequences of this decision, as well as its inconsiderate timing as it coincides with the much awaited revision of Directive 96/71/EC. The resonance of the Commission planned legal action is going well beyond the road transport sector.

Legally, the planned legal action would promote arbitrary decisions and extreme legal uncertainty in the road transport sector.  According to our information, the Commission argues that for certain types of international road transport operations the link to the host country jurisdiction is too tenuous to justify imposing the respect of its minimum wages legislation. At the same time, however, there are at EU level no rules determining in which case an operation of this type would present sufficient links with the host country territory to justify the application of some of its labour law. It would be up to the Commission’s services and the courts at various levels to determine on a case-by case basis, according to unknown criteria, which road transport operation is governed by Directive 96/71/EC and which one can only be regulated by a country of origin principle. This will also have a negative impact from the point of view of inspections and controls.

Politically, we are adamant that promoting a country of origin principle for employment conditions is unthinkable in Europe today. The specificities of the road international transport sector, as a highly mobile activity, are universally recognised. The European Transport Workers’ Federation (the ETF) has long been calling for clear and effective measures at EU level to cater for these specificities and to eradicate unfair competition.

The proposed targeted revision of the posting of workers Directive itself promises a long awaited solution on this issue (see proposed Recital 10). We are therefore surprised and very concerned that rather than engaging in a meaningful dialogue with stakeholders on the right way forward, the Commission would want to create a legal vacuum, resulting in unfair practices the centre of which are illegal business constructions, including letterbox companies.

The timing of this planned legal action is also damaging. In the words of Commissioner Thyssen, the proposed targeted revision of the posting of workers Directive seeks to ensure fair competition in the single market and to secure equal pay for equal work. Yet, the planned legal action against Germany and France would create large and unpredictable exceptions to the fundamental principle of equal pay, thereby jeopardising the chances of a revision that the European trade union movement has been calling for a decade. Following the revision of Directive 96/71/EC, a number of industries will argue that this Directive does not apply to their workers because they are not “posted” but “employed in two or more Member States”. We understand that this is very much the argument developed in the planned legal action. We therefore deplore that the Commission would be leading the way to dismantling the very mechanism of posting.

In sum, the resonance of the planned legal action against France and Germany will be going well beyond the road transport sector in France and Germany. The European project is losing the confidence of workers. For the sake of our European future, the European trade union movement is calling on you again to take the necessary actions to prevent unfair competition in the single market.  We urge you to immediately reconsider pursuing further litigation action and to initiate a dialogue with the relevant social partners with a view to find a satisfactory solution.

The ETUC and the ETF would like to meet with you at the earliest opportunity to discuss these issues further. Please do not hesitate to contact Emanuela Bonacina ([email protected] ; 02/2240439) to make the necessary arrangements.