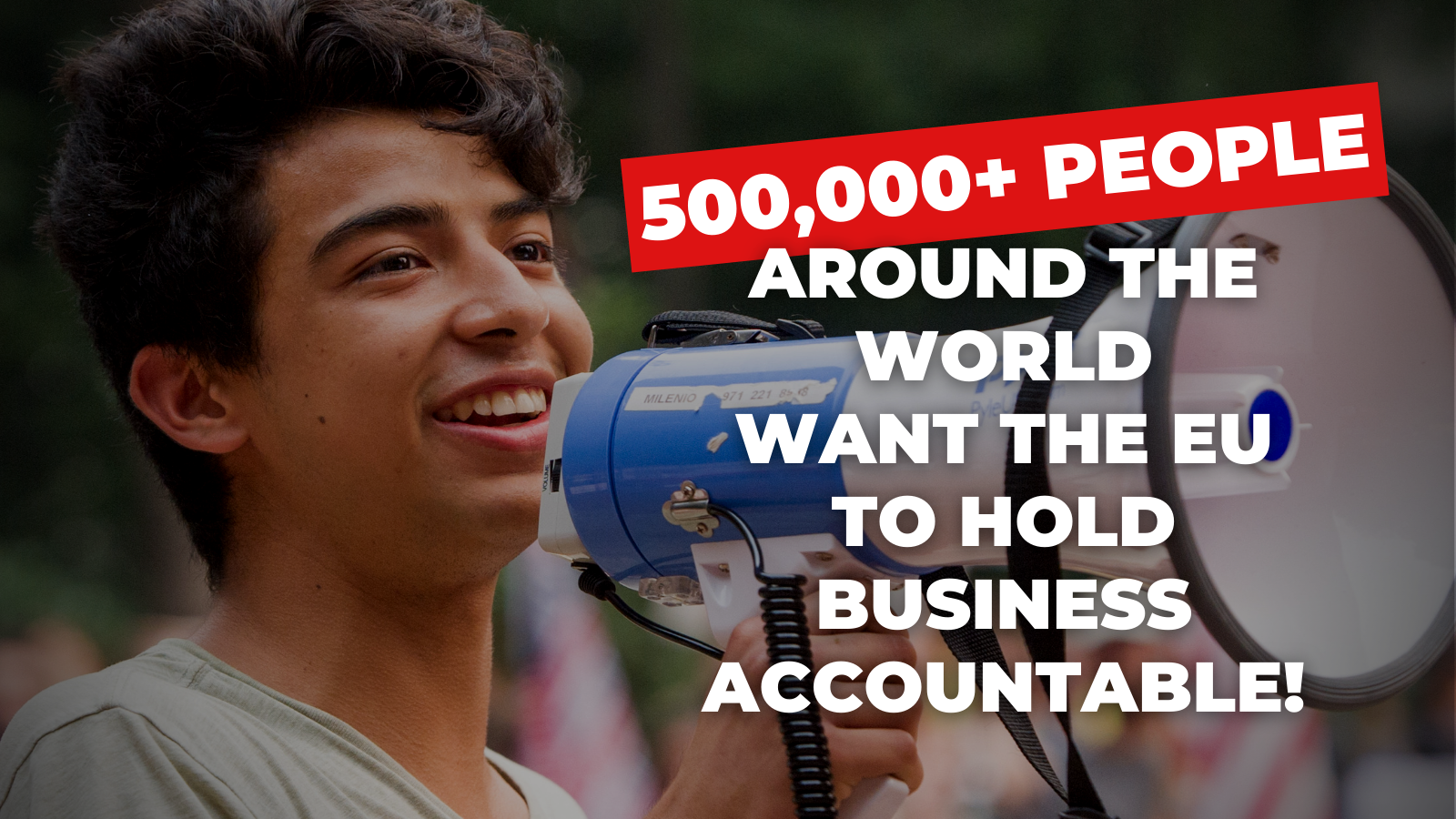 Over half a million people around the globe have demanded a strong EU law to hold corporations accountable for their impact on human rights, including trade union and workers’ rights, and the environment.

These demands were made as part of the public consultation launched by the European Commission to get the input of citizens and organisations on the new EU legislation on corporate accountability that is due to be published in June 2021.

Approximately 700 civil society groups, trade unions and academic institutions from around the world have also provided their views. This means that citizens and organisations working directly on human rights, including trade union and labour rights, and environmental issues are raising their voices together.

The respondents demand a strong, new EU law requiring all companies to identify, prevent and address their human rights and environmental risks and impacts across their entire value chain​. Companies must be held liable for harmful practices in their home countries and abroad and face strong penalties if they break the rules.

Workers, trade unions and local and indigenous and marginalised communities must be a primary actors and source of input into human rights and environmental due diligence. There must be mandatory and meaningful engagement with stakeholders who are affected by companies’ activities, including targeted engagement to access trade unions, workers and communities who may face barriers to participation in other processes.

The submissions all demand that victims of corporate abuse must be able to seek justice and hold companies to account through access to EU courts and civil suits.

The submissions were collected by two separate campaigns, one led by Global Witness, Anti-Slavery International and Clean Clothes Campaign, in partnership with Avaaz, and the other led by Friends of the Earth Europe, the European Trade Union Confederation (ETUC), the European Coalition for Corporate Justice (ECCJ), the Austrian Chamber of Labour (AK) and the Austrian Trade Union Federation (ÖGB), in partnership with WeMoveEurope and SumOfUs and backed by more than 150 civil society groups.