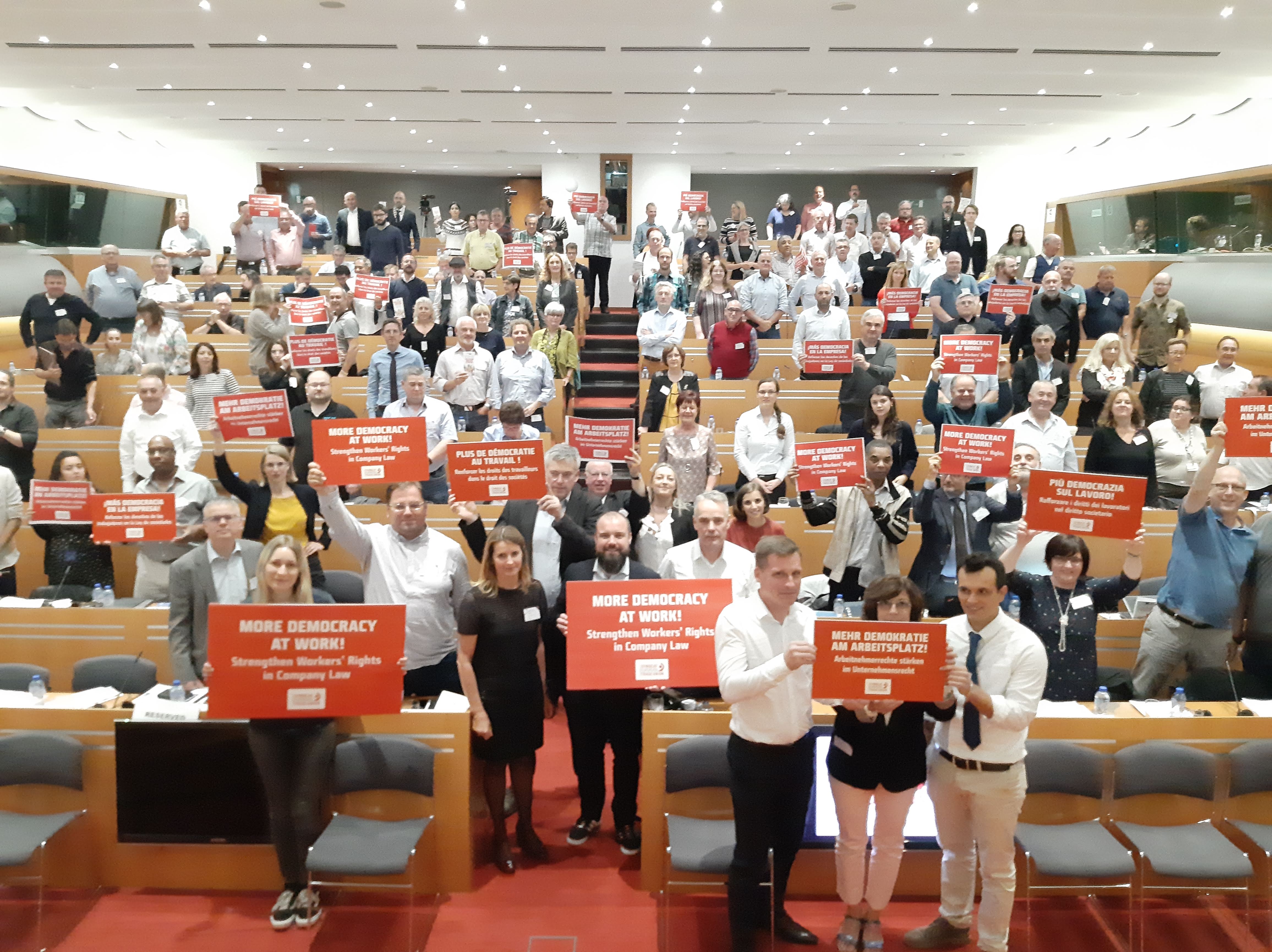 Democracy at work is a fundamental value and a guiding principle of the European Union, recognised in the Treaties and in the Charter of Fundamental Rights. It needs to be high on any ambitious European and national political agenda. Democracy at work matters: for workers, for companies, for public services and for society.

Strengthening workers’ involvement is urgent: we need to manage in a just, sustainable and inclusive manner the profound transformations in the world of work including those caused by globalisation, digitalisation and transition towards a low-carbon economy. Workers, their representatives and trade unions should have the instruments to influence and to shape economic and political change.

Democracy at work makes the universal values of democracy a reality in private and public corporate governance. Labour is not a commodity, and workers and their representatives protect and promote their rights and interests in the decision-making processes of companies. Collective representation of workers is a fundamental right anchored in the EU Treaty. It takes concrete form in European Works Councils (EWC), in information and consultation of workers and in board-level representation rights. We need actions at European level to strengthen these rights, to ensure that more EWCs are established and that the existing European Works Councils can perform their role in the best possible manner. We need to guarantee that workers are adequately informed and consulted at national and transnational level before decisions which impact them are taken. We need to ensure stronger workers’ participation, as well as diversity and gender balance in company boards.

Democracy at work provides sustainable and balanced corporate governance. It allows companies and public services to perform better and be more innovative. It ensures better working conditions, better paid and more motivated workers, and a higher labour force participation. Democracy at work fosters inclusion and equality in the workplace, as well as in society.

We join the call to strengthen European Works Councils and Democracy at Work, and to ensure an ambitious European framework for workers’ information, consultation and participation!

- Iraxte Garcia Perez, Member of the European Parliament, President of the

S&D Group in the European Parliament

- Dennis Radtke, Member of the European Parliament, Coordinator of the EPP

Group in the Employment and Social Affairs Committee

- Karl-Heinz Lambertz, President of the European Committee of the Regions

- Sylvie Brunet, Member of the European Parliament, Deputy-coordinator of the

Renew Europe Group in the Employment and Social Affairs Committee

- Nikolaj Villumsen, Member of the European Parliament, GUE/NGL Group Vice-President and Coordinator in the Employment and Social Affairs Committee

- Estrella Durà Ferrandis, Member of the European Parliament, Group of the Progressive Alliance of Socialists and Democrats

…and the rest of participants signed the statement.