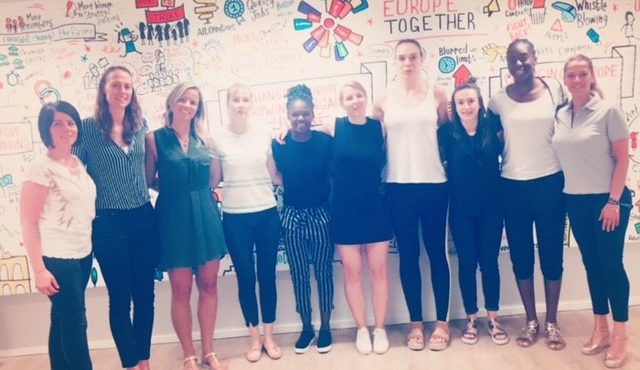 A meeting of the World Players Association and UNI Europa Sport in Brussels in July gave its backing to a strong European Basketball Alliance to help overcome the obstacles facing many female players.

The players spoke of the discrimination women face in the sports industry. Irregular contracts, lack of retirement rights and paid holidays are commonplace, and many female basketball players have to end their careers to have children as there are no maternity provisions. “We are working people, we don’t just play for fun, it’s our job,” protested Kathrin Ress. “We need the rights and respect that everyone else has.”

The World Players Association is an autonomous sector of UNI Global, bringing together 85,000 professional sport players in over 60 countries, "To champion the dignity of the player and the humanity of sport."