Time for a break 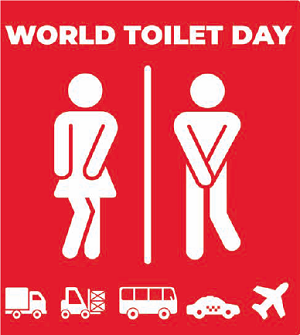 Even in this day and age, many transport workers do not have the opportunity to take a toilet break when they need to. Either they lack the necessary sanitary facilities, or they simply do not have time. In Belgium, this is the sad reality, particularly for large numbers of bus drivers, says the FGTB union.

November 19 is World Toilet Day, and the union’s transport section, the Union Belge de Transport, seized the opportunity this year to highlight the problem and call on employers and governments to ensure all transport workers get a ‘pee pause’. “The right to go to the toilet when necessary, in decent, hygienic conditions, is a right that should not be up for discussion,” said UBT-FGTB President Frank Moreels. “We are calling for investment in clean, comfortable facilities such as toilets and showers in transport hubs and motorway lay-bys.”

While bus drivers often face pressure to keep to timetables, long-distance drivers and delivery workers suffer similar constraints. A survey by the International Transport Federation (ITF) revealed shocking examples – including women unable to change their sanitary protection. One female bus driver described how she was forced to relieve herself “in the open”. In the UK, the Unite union found that nine out of 10 lorry drivers (89%) who regularly have to sleep in lay-bys reported “rarely or never” having access to toilet or washroom facilities. A global campaign is now underway in the transport sector.