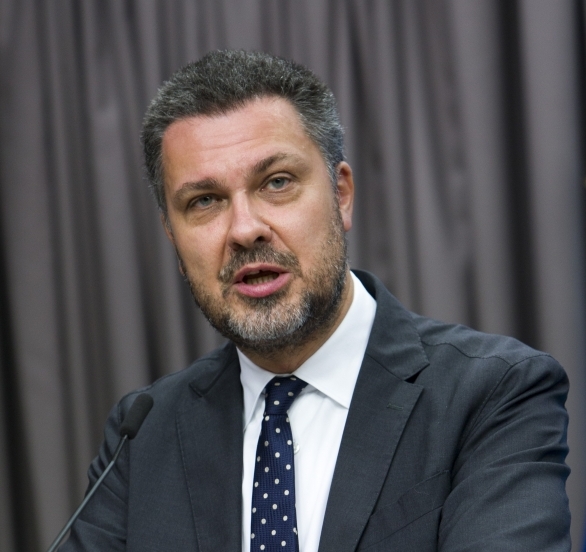 This Tripartite Social Summit comes in the middle of discussions about the future of Europe and few days before the expected proclamation of the European Pillar of Social Rights.

We appreciated some ambitious proposals President Juncker put at the core of his speech in the Parliament, and would like to emphasise the most relevant for us.

Reshaping the European and EMU economic governance is essential, to get out of the crisis and to relaunch sustainable growth, to bring quality job creation, equal share of benefits, and social cohesion and inclusion.

For achieving this, we reiterate that investment, public and private, has to be made, not only in countries with fiscal space to do so.

The so-called Juncker Plan (I and II) was a significant step in the right direction, but now we would like to see fiscal flexibility to be formalised, an EU Treasury or a European Monetary Fund (not an intergovernmental one) established, an EU Finance Minister nominated and to chair the Euro Group, more democratic economic governance put in place.

In this respect, we insist that the European Semester shouldn’t only be economic, but also social, in line with the spirit of our ‘social market economy’.

We expect the Social Scoreboard, as well as the very interesting idea of a European Social Standards Union, to be incorporated in the legal basis of the Semester, and the Fiscal Compact to be transposed into EU law.

We expect the same for a Social Progress Protocol, making clear that social rights are not overruled by economic freedoms.

The other cornerstone for sustainable growth is demand, and a fair wage share in the economy.
We are happy to see awareness growing of the need for wages to increase in the Commission, international institutions, and some governments in Europe.

It’s high time for a pay rise for European workers, particularly to close the East-West pay gap, and to end gender- and age-pay gaps: this is the best way to boost productivity and purchasing power, to tackle inequalities, to reduce wage dumping and brain drain.

We want to propose to the Commission, governments, employers’ organisations and companies, a win-win alliance for upward wage convergence, aligning real wage increases with productivity developments of the last decade, particularly in the CEE countries.

Such an alliance should be based on promotion of sound industrial relations, better minimum wages, legal frameworks and capacity building to encourage social partners to negotiate.
Collective bargaining, social dialogue and tripartite dialogue are fundamental tools for social partners to contribute to a better economy and to an innovative social model.
We are aware that social dialogue is not living its best moment, despite the efforts made in recent times to relaunch it.

We are committed to do our best to improve social dialogue, but it also needs to be helped through technical, financial and legal support; governments need to be consistent in effectively involving social partners at national level in designing policies and reforms; and the Commission needs to implement and transpose social partner agreements into EU law, according to the Treaty.

We welcome the Social Pillar as the most relevant initiative in years to reinforce the European social model.

We appreciate the work the Commission, the Parliament and the Estonian Presidency are doing to preserve the value of the Pillar’s Preamble, to achieve a good deal for the proclamation in Gothenburg.

We ask all of you to be ambitious, and to keep the right balance when it comes to the legal and concrete impact of the 20 principles in the Pillar.
It is essential to follow up the Proclamation with concrete implementation, to make sure that workers and citizens feel that Europe (and their governments) take care of their interests, needs and rights.

Be sure that we will contribute very actively at all levels for this to happen, starting at the extraordinary tripartite summit in Gothenburg, where social partners will bring their joint ideas.
And we will be pushing our constructive inputs to bring forward sound legislation in the framework of the Pillar, which can achieve better working conditions and enforceable rights for each category of workers in Europe, especially the less protected, and introduce more equality in the labour market.

The role of social partners is crucial, and is very well emphasised in the current formulation of the Pillar.

We would like to draw your attention to what we can do as social partners to manage the major challenges, as well as to fully exploit the opportunities, deriving from globalisation, international trade, transition towards a low-carbon economy, digitalisation and automation.

Reskilling workers to cope with this is important, and we can significantly help in matching training needs, but please don’t reduce everything to skills only.
What workers want to know if they lose their old job is if they will find a new job, if the new job will be of the same quality and level of protection, or if they will be left behind.

It’s the same with young people: it can be exciting to work as an independent in the digital economy, but if it’s cheap labour with no rights and perspectives, it’s not exciting at all.
Getting new and better skills is no guarantee, you can be trained and then be unemployed or precarious or forever outside.

This requires governance and funding, cooperation and solidarity: a ‘just transition approach’, which should involve institutions and social partners, European, national and local.

The Skills Agenda and the Quality Framework for Apprenticeships should be linked to such a ‘just transition approach’.

Similarly, the very welcome Commission initiatives on industrial policy and online platforms, should include a social and employment dimension.

We, the European social partners, together with the Commission, were ready to sign today a common commitment for integration of refugees and migrants in the labour market.
It was not possible only because of agendas, but we need to proceed on this very soon.

Social partners can clearly show they bring a relevant contribution in this area, and can push the European Union and Member States to be more active for integration and inclusion.

But our efforts are going to work only if other policies complement them: no walls and fences should be put up; solidarity and responsibility must be there in welcoming and relocating refugees and migrants; cooperation with countries of origin and transit should aim to achieve better living conditions for all, not to stop migrants in inhuman conditions from coming to Europe, as happens in Turkey and Libya.

By the way, the situation of human and workers’ rights in Turkey is not improving at all, and we urge the Commission again to be more courageous and take action.
We appreciate what the Commission is trying to do in the field of relocation of refugees and reform of the EU asylum policy.

Nevertheless we would like to see less emphasis on security, border control and so-called illegal migration – and more commitment in defending human rights and supporting integration, inclusion and equal treatment.

We expect the same from governments and national leaders.

It’s not by transforming migrants into the scapegoat of Europe that politicians will overcome citizens’ fears and lack of trust.

This requires a more ambitious project for the future of Europe, a social Europe that protects.

We as trade unions, and I’m sure also all social partners, want to contribute to it.