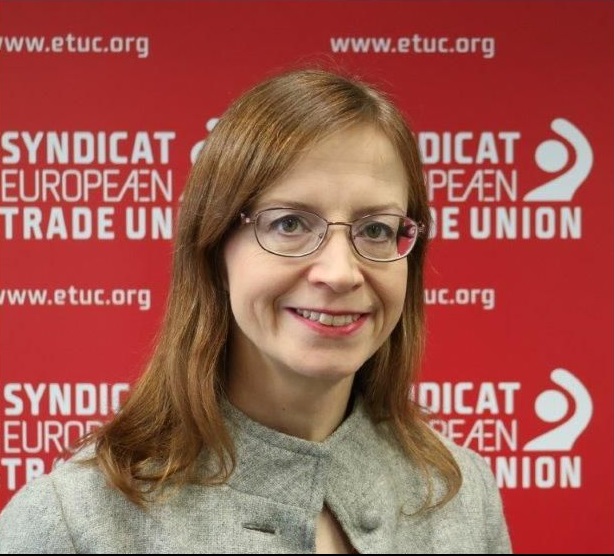 It is an honour to speak here today on behalf of the European Trade Union Confederation, the ETUC.

Many workers across Europe are concerned about their future. Their experience is that European austerity has often been used as an excuse to reduce their social security, their access to public security, their working conditions and wages. Collective bargaining structures and labour market models have been dismantled during the crisis and this is still going on.

Now is the time to correct this situation. European leaders must bring an end to austerity and focus instead on sustainable growth patterns and integrating social and economic policy.

The European Union must ensure that social rights have the same status and importance as economic freedoms. Otherwise, people’s frustrations and despair may threaten social cohesion and inclusion.

Allow me to recall something essential. In the ETUC, and this goes back to the nineties, we have supported the single market. We knew the internal market would cause disruption, that there would be restructuring of jobs. But at the same time, we were also given two assurances. One was that the gains of European integration would be shared and that workers losing out in this process of change would be supported. The other was that there would be a Social Europe, a set of minimum binding rules and principles that would avoid “a race to the bottom”, in this way preserving the more advanced national social models while upgrading the others.

Economic and Monetary Union must be matched by a strong social dimension.

The ETUC welcomes the Commission´s proposal for a European Pillar of Social Rights. Trade unions submitted thousands of replies to the consultation. We also welcome the European Parliament’s adoption of the report by Maria João Rodrigues, which takes up many of our demands.

We set out five top priorities on more and better jobs; higher investment; a pay rise; just transition and the European social model. They are intrinsically connected and complementary to each other.

The social dimension of the EMU should embody social rights. The national social partners’ role should be strengthened and their autonomy respected. The ETUC and its affiliates around Europe will not accept the highest standards being dragged down and lower ones reduced even further, in a destructive way. On the contrary, the treaties commit us to social progress. That is the way forward. Workers deserve it! Let there be social progress!