Election of new President of the European Economic and Social Commitee 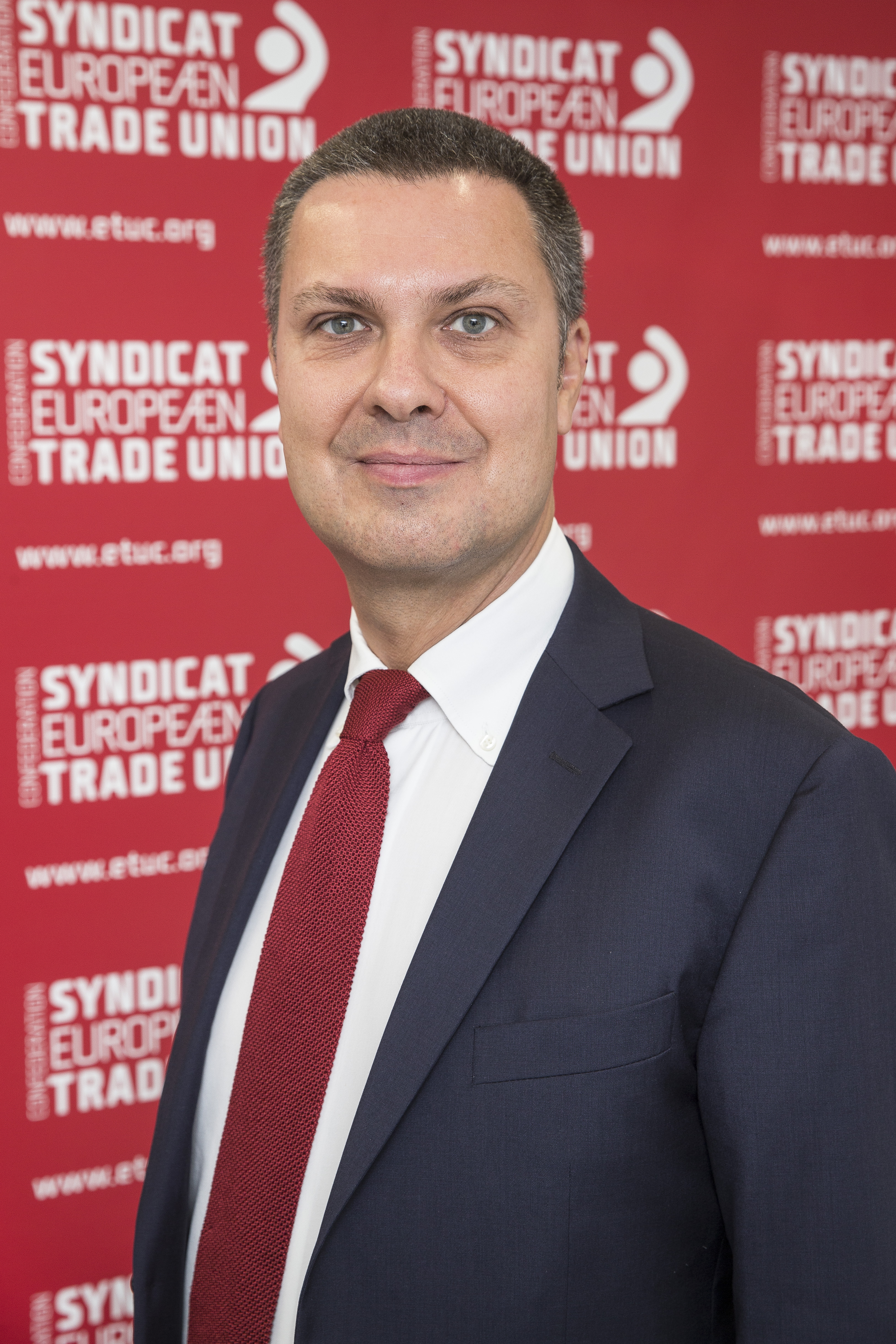 Members of the European Economic and Social Committee,

It’s a great pleasure to be here today celebrating with the newly elected President of the Committee, our comrade and friend Georges Dassis, and the Presidents of the three groups Jacek Krawczyk, Luca Jahier and our colleague and friend Gabriele Bischoff.

I warmly congratulate all of you on behalf of the European Trade Union Confederation and the whole trade union movement in Europe.

It is particularly pleasant for me to do this today, because your election occurs exactly one week after my election as the new General Secretary of the ETUC and the election of our new leadership team, which took place in Paris during the 13th ETUC Congress.

Today our newly elected Deputy General Secretaries Veronica Nilsson and Peter Scherrer are also here with me to celebrate your success.

All together, we have to face significant challenges in our respective mandates.

Europe is still in a crisis, and the weak signals of recovery are yielding few jobs.

No significant increase in quality jobs has taken place, and unemployment levels remain too high.

The obsession with austerity has not only failed to deliver, but on the contrary has dangerously weakened the EU economy and social cohesion.

We are not against sound public budgets; but we are against blind cuts not accompanied by investment.

Europe needs an alternative economic governance, and it has to be based on investment and internal demand.

Public investment first, because it generates confidence among private investors too.

And because only public investment can ensure that resources go to the real economy instead of financial speculation, to a sound European industrial policy, to research, innovation and productivity, to education and training boosting the human factor in the economy.

Internal demand, because most EU products remain in Europe and the only way we have to tackle deflation is to increase the purchasing power of EU citizens and workers.

European workers deserve a pay rise, which should serve competitiveness and productivity.

The European economy must compete on quality and innovation, instead of on labour costs.

Countries where wages are not negotiated by social partners, but imposed by public authorities; where bipartite and tripartite dialogue doesn’t work; where social cohesion is replaced by increasing inequalities; these countries produce very bad economic performances.

This picture is confirmed by Eurostat and the IMF, not by radical trade union institutes.

The European Commission has started to recognise it, and President Junker came to the ETUC Congress last week to reaffirm it.

All this places major responsibilities on the social partners.

We are the main actors in the economy and in society, and we have to contribute to building new strategies for Europe.

We want to contribute to democratisation of the European Union, by reshaping its role, its prerogatives, and its capacity to deliver a better life for all citizens.

We want to participate in economic governance, in the Semester Process, with our proposals.

We want to relaunch European and national social dialogue, as well as to reinforce and restore sound industrial relations in each and every country.

We are very protective of social dialogue and industrial relations, because they make up our core business, in which we cannot accept institutional interference.

If we are able to deliver in all these fields, we can make the difference and really boost Europe’s economic recovery.

But to do this, we have to fully take up our responsibilities, and we have to do it together.

We need to reduce conflict and increase cooperation; we need to build bridges between ourselves.

The European Economic and Social Committee is not only the place for social partners; it’s not only a privileged observatory on the European economy and society.

It is above all one of the most relevant forums where the social partners can restore their mutual dialogue and can act together to lobby institutions.

In this context, the European and national social partners need your support, to reinforce each other.

In this context, I can assure you that the ETUC is ready to strengthen and better implement our cooperation with you, and we will start immediately.

All together we can play a strong role for a better Europe.

I don't have the privilege to know George since 30 year like Reiner do, but in the last 4 years I worked at the ETUC, our cooperation and friendship were really strong.

George is a very good trade unionist and a great leader, so I'm sure he will be a great President of the EESC.

And good luck from the heart for our future common work.

Thank you very much.