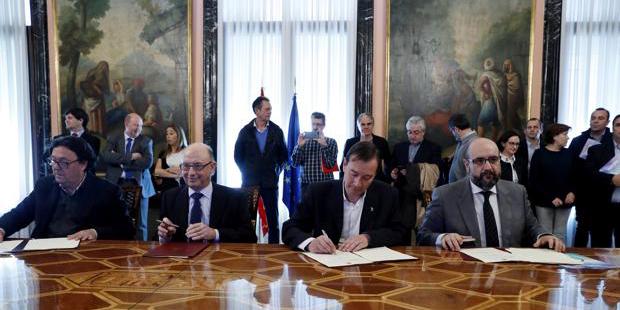 A groundbreaking deal between unions and government in Spain means that more than 300,000 public sector workers currently on fixed-term contracts will have the opportunity to move into permanent jobs over the next three years.

The agreement, following the first set of major negotiations with government since 2010, marks a real step forward in tackling precarious employment. However, the unions are still pursuing pay rises that will compensate workers for a 15% drop in purchasing power over recent years.

“Many workers who today have a precarious contract in public administration will be able to satisfy their aspirations for stability in the next three years,” said Julio Lacuerda, Secretary General of the UGT Federation of Employees of Public Services. “We are talking about an offer of 350,000 places.”

According to the CC.OO, it is vital to revise the regulations and avoid precarious employment. "All structural positions must be filled by stable contracts. The goal of 8% of temporary places should be for short-term, non-structural jobs," declared the union.