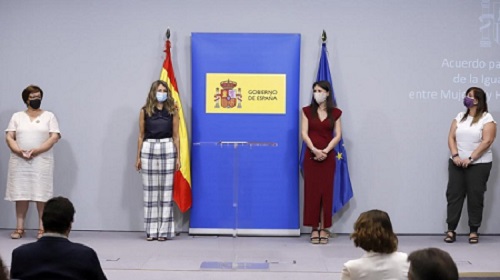 In October, Spain’s Council of Ministers approved regulations guaranteeing equal pay between men and women and requiring companies to prepare and register equality plans. The measures were negotiated and signed by the trade unions CCOO and UGT.

Union officials highlighted the deal’s importance in ending the gaps that exist between women and men at work and creating an egalitarian society, free of gender stereotypes. “These regulations are a good tool for negotiating equality plans and implementing the salary register in companies," said the secretary of CCOO Union Action, Mari Cruz Vicente.

However, the unions were disappointed that business leaders left the negotiating table before agreement. "Their presence would have demonstrated a change in business culture, an advance in the democratisation of companies, a commitment to equality." They called on the employers’ organisations CEOE and CEPYME to sit down and negotiate the implementation of the regulations within companies.

"We have to redouble our efforts to continue advancing in equality policies, consolidate progress and stop any attempt to erode the rights and freedoms of women," stressed CCOO Secretary for Women and Equality, Elena Blasco Martín.