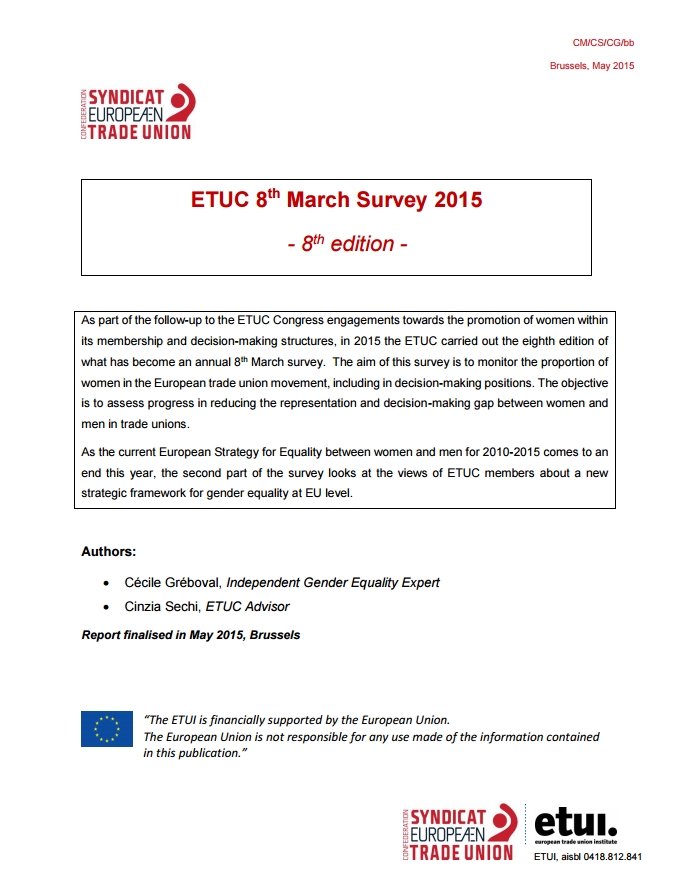 As part of the follow-up to the ETUC Congress engagements towards the promotion of women within its membership and decision-making structures, in 2015 the ETUC carried out the eighth edition of what has become an annual 8th March survey. The aim of this survey is to monitor the proportion of women in the European trade union movement, including in decision-making positions. The objective is to assess progress in reducing the representation and decision-making gap between women and men in trade unions. As the current European Strategy for Equality between women and men for 2010-2015 comes to an end this year, the second part of the survey looks at the views of ETUC members about a new strategic framework for gender equality at EU level.