Workers in Poland, Hungary and Czech Republic worse off today than in 2008 compared to German workers

Wage inequality between pay in Poland, Hungary and the Czech Republic, and pay in Germany, is bigger today than it was in 2008.

According to figures in a Working Paper ‘Why central and eastern Europe needs a pay rise’, published today by the European Trade Union Institute (ETUI) and written by Bela Galgoczi:

“Workers in Poland, Hungary and the Czech Republic are being exploited as cheap labour” said Esther Lynch, ETUC Confederal Secretary. “The inequality between east and west is getting bigger, when it ought to be getting smaller.

“Workers in central and eastern Europe deserve pay rises that cut the wage gap between east and west.

“One reason for the growing east-west inequality within the EU is that collective bargaining between trade unions and employers has been weakened in central and eastern Europe, whereas it remains strong in Germany.

“EU and national economic policy should encourage collective bargaining and treat wages not only as a cost but also as a means to push economic demand. If workers have more money they will spend it on goods and services which is good for business, drives growth and creates jobs.”

Author Bela Galgoczi commented “Low wages have become a characteristic feature of central and eastern Europe, and the region risks being stuck on low wages unless Governments and the EU take decisive action to break out of the low-wage trap.”

Note - The comparison is made with German wages because Germany is the biggest investor and trading partner of the region. 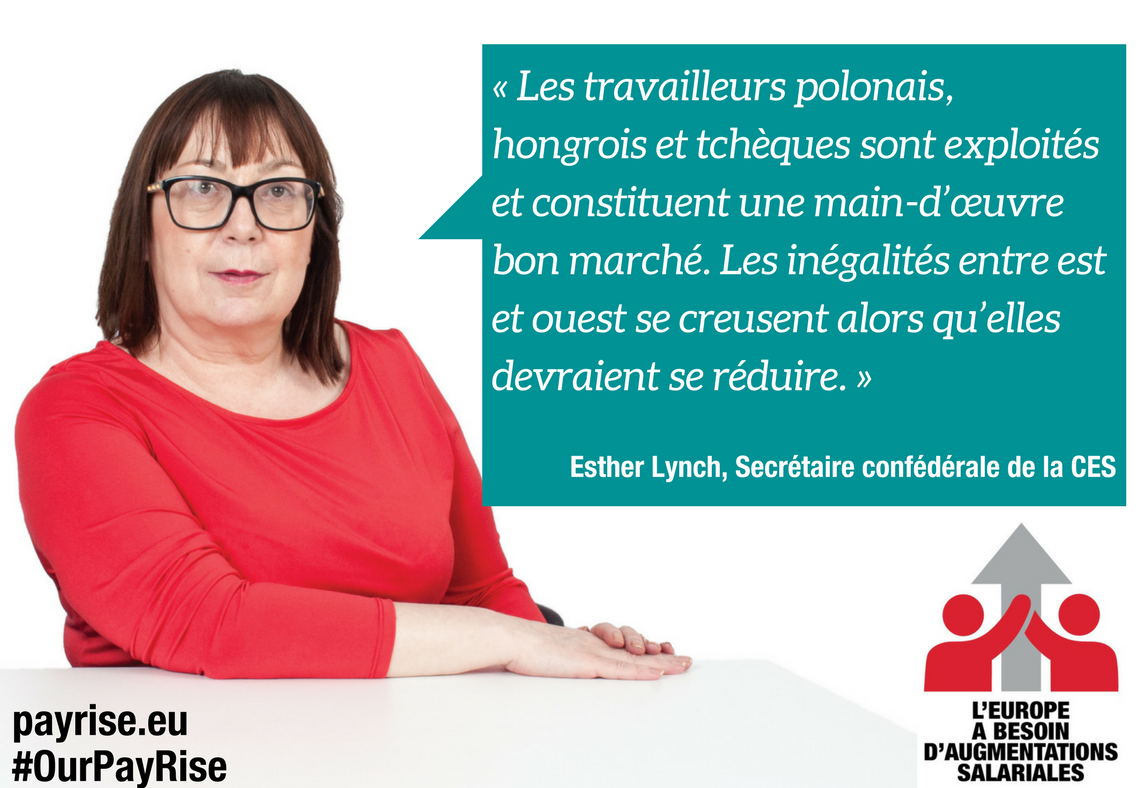