Workers who benefit from collective bargaining enjoy up to two weeks extra paid holiday per year, an analysis of EU data for the ETUC has found as millions prepare to return to work after the summer break.

Ten more days holiday on top of the legal minimum is enjoyed by German and Croatian workers whose working conditions are set through negotiations by trade unions and employers.

Workers with collectively negotiated contracts also benefit from an additional week off in a further seven European countries: Denmark, France, the Netherlands, Czechia, Finland, Italy and the UK.

Across Europe, there’s a collective bargaining holiday bonus of 3 days, with those covered by agreements receiving 24.5 days compared to 21.5 days for all workers.

Trade unions are calling on the EU to ensure that all workers benefit from collective bargaining, which not only means more holidays but also fairer pay – the ETUC revealed earlier this month how millions of Europeans couldn’t afford a one week summer holiday because of low pay level.

However, the number of workers benefiting from collective bargaining has fallen in 22 EU member states since 2000 as a result of austerity reforms designed to make employment less secure.

European Commission President Ursula von der Leyen has promised to “strengthen collective agreements” as part of the draft EU directive on wages, which requires all member states with less than 70% of workers covered by collective bargaining to create a national action plan on the issue.

The European Parliament will consider the draft directive after summer and the ETUC is working with MEPs on amendments needed to ensure that:

“Millions of workers were able to spend more time with their families this summer thanks to collective agreements which consistently deliver more paid holiday as well as fairer wages and job security.

“But too many workers have had to cut their summer break short because they are still excluded from the benefits of collective bargaining as a result of austerity policies and union-busting tactics.

“The EU can go further to ensure all workers enjoy their right to collective bargaining by cutting off public funding to employers which refuse to negotiate with trade unions.

“Trade unions, which first won the right to paid holiday, are the only legitimate representative of workers in collective bargaining with employers and that should be recognised in EU law so that rogue bosses can’t set up fake works councils that give the impression of negotiations without delivering real benefits.”

The figures are based on analysis of Eurofound data for the ETUC by UNI Europa researcher and University of Gent guest professor Stan De Spiegelaere and concern national/industry level agreements. Many more workers benefit from company level agreements. 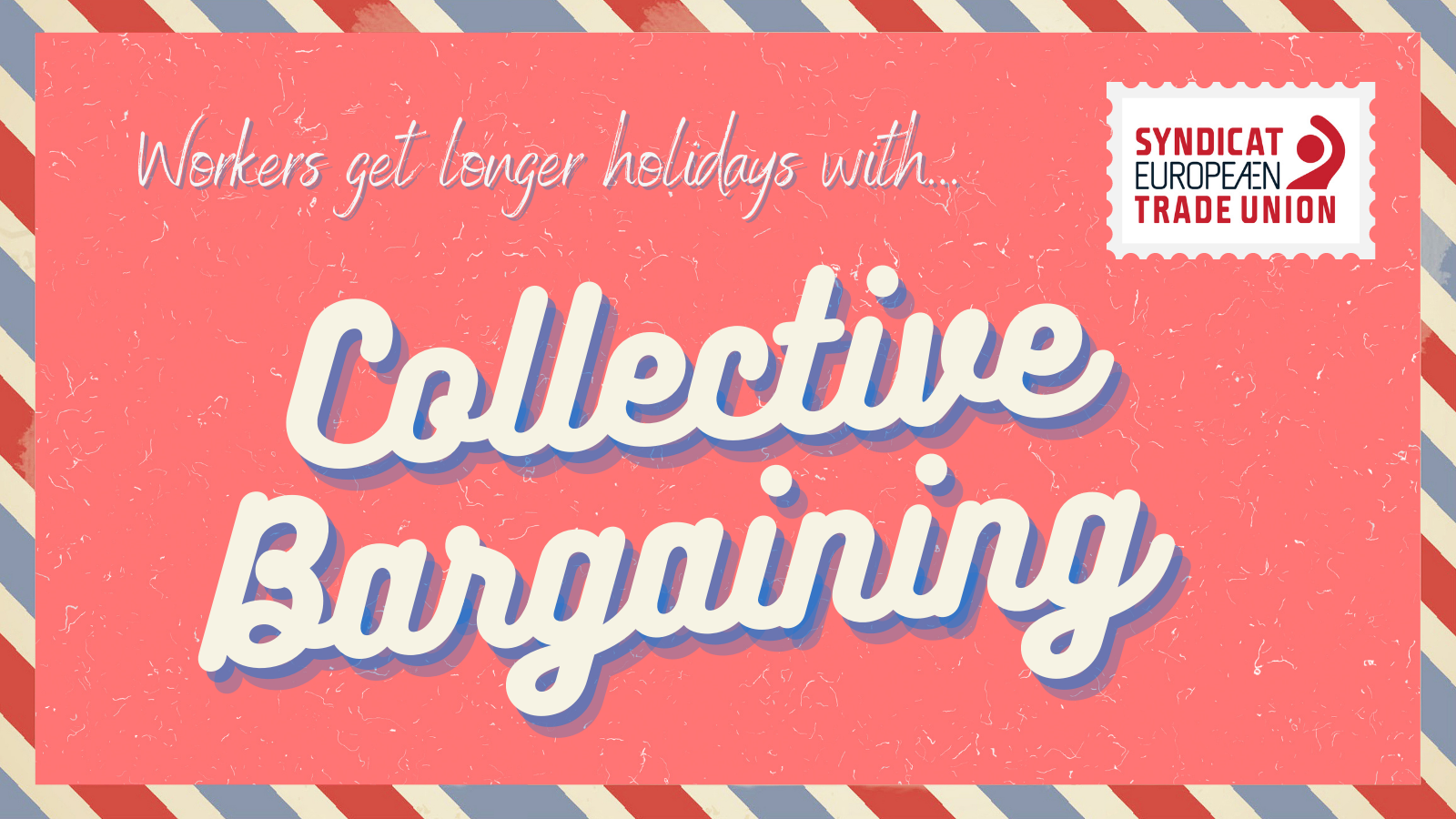