Laws against workplace harassment must be updated to protect women working from home against online abuse made possible by surveillance techniques being used by employers.

Trade unions have made the call in a letter sent to national ministers on the international day for the elimination of violence against women and girls.

But much of the workplace harassment faced by women has moved online during confinement facilitated by intrusive monitoring tools being used by many companies.

To counter the new threat, unions are urging countries to ratify a new International Labour Organisation convention which would commit them to prevent and address cyber-bullying and harassment. The ILO says of the convention:

“Convention No. 190 protects against all forms of violence and harassment in the world of work. The Convention is based on a broad concept of the ‘world of work’ that takes account of the fact that nowadays work does not always take place at a physical workplace. For example, it covers violence and harassment occurring during work-related travel, when commuting to and from work, in employer-provided accommodation or through work-related communications, including those enabled by information and communications technologies.”

The convention, which will come into force next year, is the first international labour standard to address violence and harassment in the world of work. Governments and employers who are members of the ILO agreed the Convention and committed to improve laws, services and procedures for tackling violence and harassment.

“Although some laws, policies and services are in place, violence and harassment at work remains a major problem, especially for women. There are not enough effective mechanisms in place today to prevent and tackle cyber-harassment, and particularly to prevent intrusive surveillance.

“Companies generally know or can easily find out how to deal with harassment at work, but need to update their procedures to apply it to harassment of workers working from home. The trend towards home-working will continue after the COVID pandemic so the ILO convention is timely and needs urgent attention.

“The best way to achieve progress is for Governments to ensure the correct legal framework to tackle issues such as cyber-harassment, cyber surveillance, and to encourage employers to negotiate procedures with trade unions. This has already proved to be successful as companies with a trade union have 60% less sexual harassment."

The Convention also commits governments and employers to mitigate the impact of domestic violence including when home is the workplace, as is increasingly the case especially with COVID.  It also calls for measures such as leave for victims, flexible work arrangements, temporary protection against dismissal and to enable workplace support for victims of domestic violence.

According to the EU Agency for Fundamental Rights 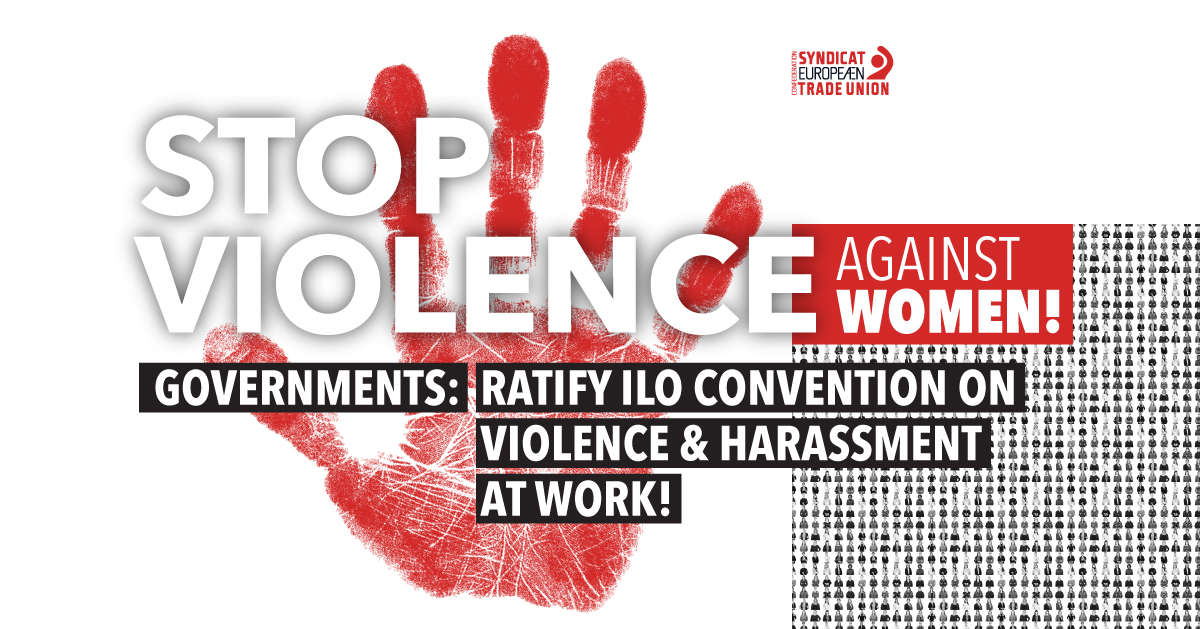