The European Commission will publish a proposal for a Directive on Fair Minimum Wages and Collective Bargaining tomorrow (28 October).

1. Oblige member states to take action to ensure respect for the right to bargain collectively and stop union-busting?

4. Prohibit companies from benefitting from EU and national public procurement contracts if they refuse to negotiate with a union?

5. Ensure the full involvement of unions and employers, including in statutory minimum wage setting?

6. Include a clause to guarantee no damage to effective collective-bargaining systems and prevent bad interpretations by the courts?

“A Directive on fair wages is a good idea and what trade unions across Europe are calling for. But the question is whether it will actually increase statutory minimum wages, and whether it will get more employers to the negotiating table?

“The ETUC will assess if the Directive is strong enough, if it can be improved by MEPs and Ministers, or if  it is so weak that it needs to be put in the bin.

“The ETUC will have no option but to vehemently oppose the proposals if they undermine collective bargaining or in any way prevent increases in minimum wages.” 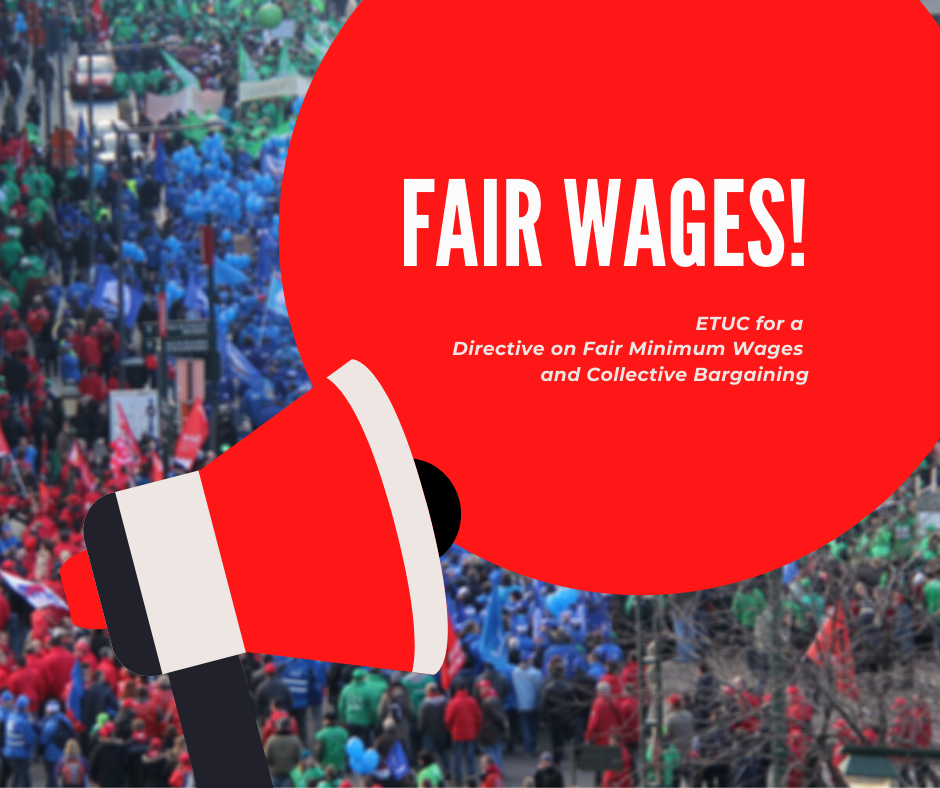