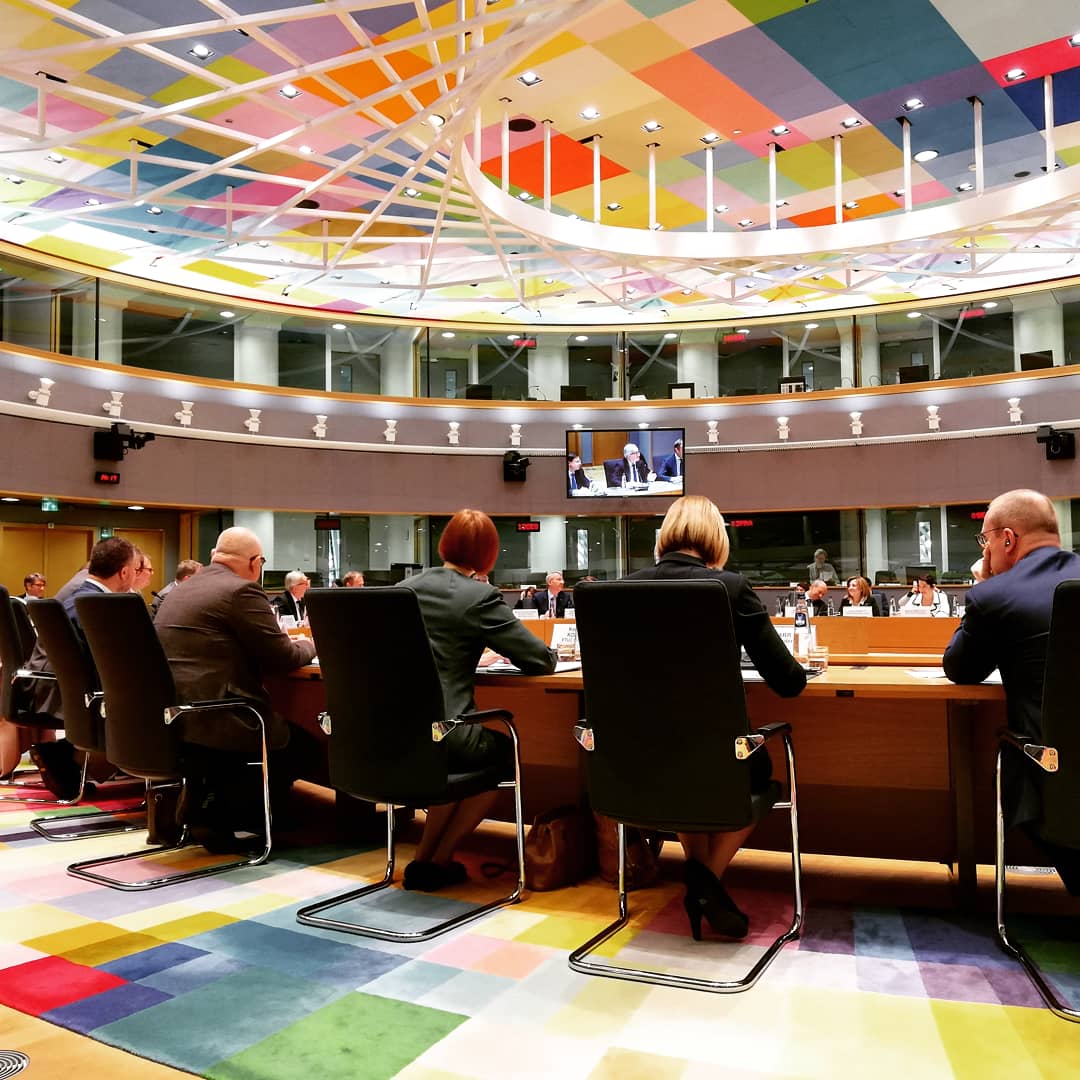 • Ministers to speed up the process of approval for SURE by COREPER which at the current rate of progress could be delayed beyond the already-late 1 June, and the financial guarantees by member states, and to ensure that national schemes provide adequate income support to workers without delay and to all categories of workers.

• Ministers to follow occupational health and safety guidance on confinement exit plans and to consult trade unions on the return to work as well as on national measures to support jobs and incomes.

• The European Commission to confirm all social initiatives including minimum wages, pay transparency, action plan for the European Pillar of Social Rights, skills agenda and minimum income in their work programme; as well as to resist corporate pressure to delay implementation of the revision of the Posted Workers Directive.

Luca Visentini reported that many Ministers and the Commission were supportive of several of his demands.

In the EPSCO debate on demographic challenges and COVID-19 Visentini pointed out that national health care systems have struggled because of austerity and cuts over the last decade.

“The scale of the economic crisis is enormous and there is no time for delay or backsliding” said Visentini. “With over 40 million workers either temporarily or permanently out of work this is no time to pander to corporate demands to weaken workers’ rights.

“The Ministers heard the trade union concerns loud and clear, now they and the EU has to act on them. It is workers who have got Europe through the corona virus crisis and will strongly resist being sold down the river of corporate greed.”