The European trade union movement will urge the European Parliament and national Governments to reject the EU-Canada Trade Agreement, which may be signed tomorrow at the EU-Canada Summit in Ottowa, unless it is changed.

In a letter to the Canadian Ambassador to the EU, the European Trade Union Confederation outlines three major concerns

ETUC General Secretary Bernadette Ségol said in the letter “while the Commission may initial the agreement, it will be up to member states and the European Parliament to ratify. We will be pressing them not to do so should our concerns not be met.” 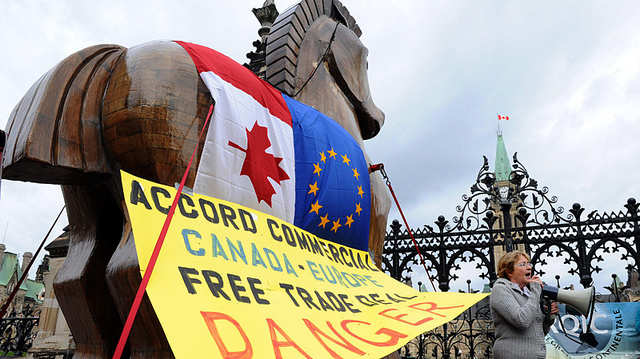