The European Trade Union Confederation (ETUC) has issued an unprecedented ‘emergency alert’ that highlights countries and situations where the opportunity for working people in Europe to achieve decent wages and working conditions is under threat.

“At the heart of Europe is a social contract that offers working people the opportunity to get decent wages and working conditions” said Luca Visentini, General Secretary of the ETUC. “But the foundation on which that social contract is built needs urgent repair and renovation.”

"The European trade union movement issuing an emergency alert because the balance of power between working people and employers has swung too far in favour of employers. Hard won rights to negotiate with employers are in danger in many EU member states’."

The alert is based on a table of fair wage indicators compiled by the ETUC from official sources including the OECD and Eurostat and does not reflect current serious problems in collective bargaining rights such as in Denmark and Romania. It will be followed by more detailed analysis later this year.

“All EU Member States need to make sure that employers respect the right of workers to bargain through their trade union” said Esther Lynch, Confederal Secretary of the ETUC. “This alert is a call to action, it’s a warning to Governments that they need to discuss with trade unions what is needed to get collective bargaining and negotiations back on track, how to increase the share of wealth being paid out in wages, and how to increase the number of working people covered by collective wage and working conditions agreements - with the support of the EU where necessary.”

"Working people in many EU countries are still earning less today than before the crisis. This is the result of the dismantling of collective bargaining and the number of precarious jobs that are slowly bringing down the level of unemployment. It is also because all too often Governments allow employers to ignore or abuse workers right to organise and collectively bargain. Revitalising collective bargaining will make more people better off and strengthen economic growth for all.”

The table, even without on-going disputes, shows 35 ‘red’ warnings for 17 EU member states. Countries with the largest number of ‘red’ warnings include Czech Republic, Estonia, Greece, Hungary, Lithuania and UK.

Sounding the emergency alert, the table shows that

• Collective agreements are struck predominantly at company and not multi-company level in at least 8 member states - giving rise to big wage differences between companies in the same sector;

• Less than 35% of working people are covered by collective agreements in at least 6 member states;

• Mechanisms for extending collective agreements to cover more workers are not operating, uncommon or non-existent in at least 11 member states;

• Wages make up less than the average of 45,3% of GDP in 10 member states – meaning 55% of national income in those countries does not come from wages for work. 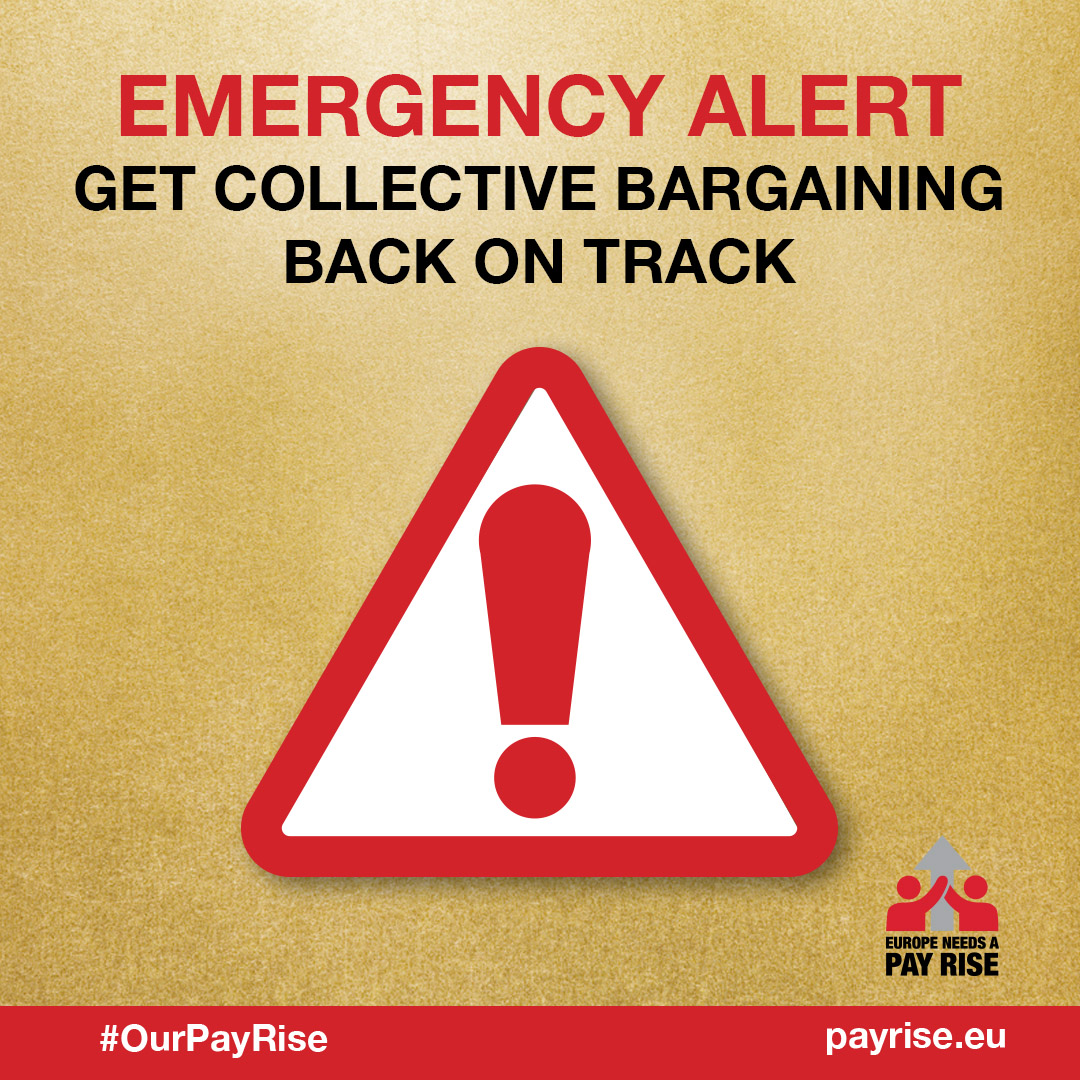