The launch of the European Commission’s ‘Undeclared Work Platform’ on Friday 27 May is a long overdue initiative to tackle the exploitation of workers and unfair competition for law-abiding employers says the European Trade Union Confederation (ETUC).

It is estimated that up to 20% of Europe’s GDP is in the ‘shadow economy’, and  11% of Europeans say they purchased goods or services involving undeclared work last year (in 2013).

The Platform brings together the European Commission, all EU member states, employers and trade unions, and represents an important step forward, including for tackling the cross-border aspects of undeclared work.

Esther Lynch, ETUC Confederal Secretary, and trade union representative on the Platform, said "Workers in undeclared employment are being exploited and need protection and help to regularise their employment into decent jobs. Negotiation and cooperation between trade unions, employers and Government authorities is the key to fixing the problem of undeclared work."

Esther Lynch proposes that “the Platform should put  bogus self-employment on the top of the agenda, and come up with concrete measures to stamp it out.” She explained “False self-employment is a way for bad employers to avoid making contributions to social insurance and protection, and shifting the burden of the risk to the worker.  It’s unfair on workers and decent employers.”

Trade unionists insist that an effective, properly staffed and equipped, and independent labour inspectorate is essential for proper enforcement of labour law. Cuts in national budgets for labour inspection, and the reduction in the number of labour inspectors, creates an open door for unscrupulous employers.  Properly funded and functioning labour inspectorates, quickly delivers a strong added value for workers, law-abiding employers and the public treasury.

The European trade unions insists that the platform becomes operational as soon as possible and delivers concrete actions and tools. 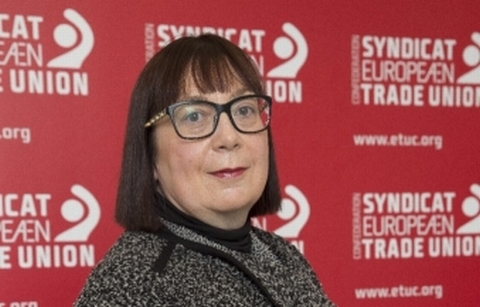